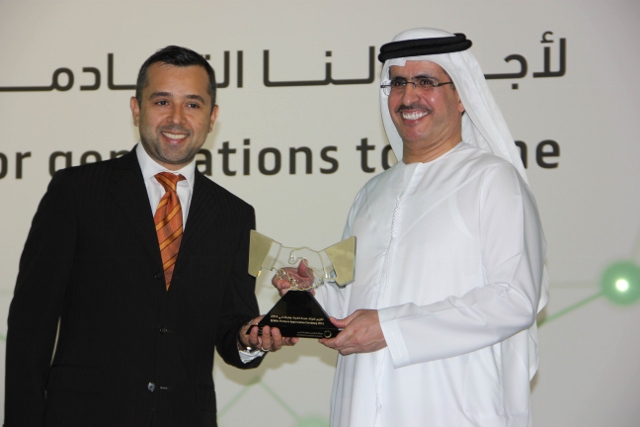 The Middle East Solar Industry Association was recognised by DEWA for its contribution in advancing solar power in the region.  His Excellency Saeed Al Tayer, CEO of DEWA presented MESIA President, Mr Vahid Fotuhi with a trophy in acknowledgement of the outstanding work MESIA is doing to further the development and use of solar energy in the Middle East region.  The ceremony took place during the DEWA Partners Appreciation Ceremony 2015, held on May 21, 2015 at the Atlantis Hotel, The Palm.