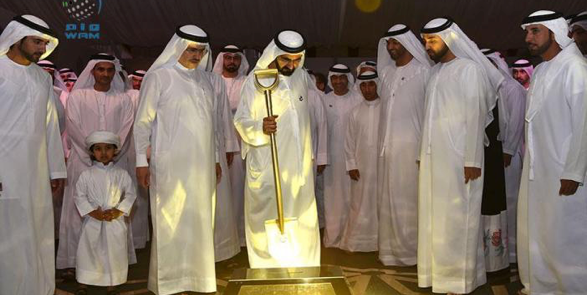 The government of Dubai has unveiled an ambitious program which will see 25% of its power generation come from solar energy by 2030. Currently that figure is 1%. The wide-ranging Dubai Clean Energy Strategy 2050 program is expected to result in $13.6 billion worth of new solar investments.

The surge in investments will come from 2 sources. On the one hand DEWA will lead from the front and continue its large-scale solar procurement plan; DEWA plans to install 5000MW of solar PV at the Sheikh Mohammed Bin Rashid Al Maktoum Solar Park by 2030. Once completed this will become the largest solar park in the world.

At the same time, the government will push for solar panels to be installed on the roofs of all buildings in Dubai by 2030. Considering that there are some 115,000 buildings in Dubai this is expected to result in some 1,500MW of solar rooftop capacity. The total value is of these rooftop solar systems is $2 billion, according to MESIA’s calculations.

To help building owners cushion the burden of the high upfront costs of these rooftop systems the government will put in place the $27 billion Dubai Green Fund which will provide low-cost loans for investors in the solar rooftop sector.

The spike in commercial solar activity is expected to be centered in a new free zone called the Dubai Green Zone (DGZ). The DGZ will house solar energy companies from around the world.

The DGZ will also include an Innovation Centre which will be built using 3D printing technology. The Innovation Centre will feature R&D centers specialized in the next generation of clean energy technologies such as solar technology, 3D printing, and solar water desalination. Roughly $150 million will be invested in R&D in areas such as integration of smart grids, energy efficiency and electricity generation from solar energy.

MESIA expects Dubai to become the city with lowest carbon footprint in the world once these measures are fully deployed.