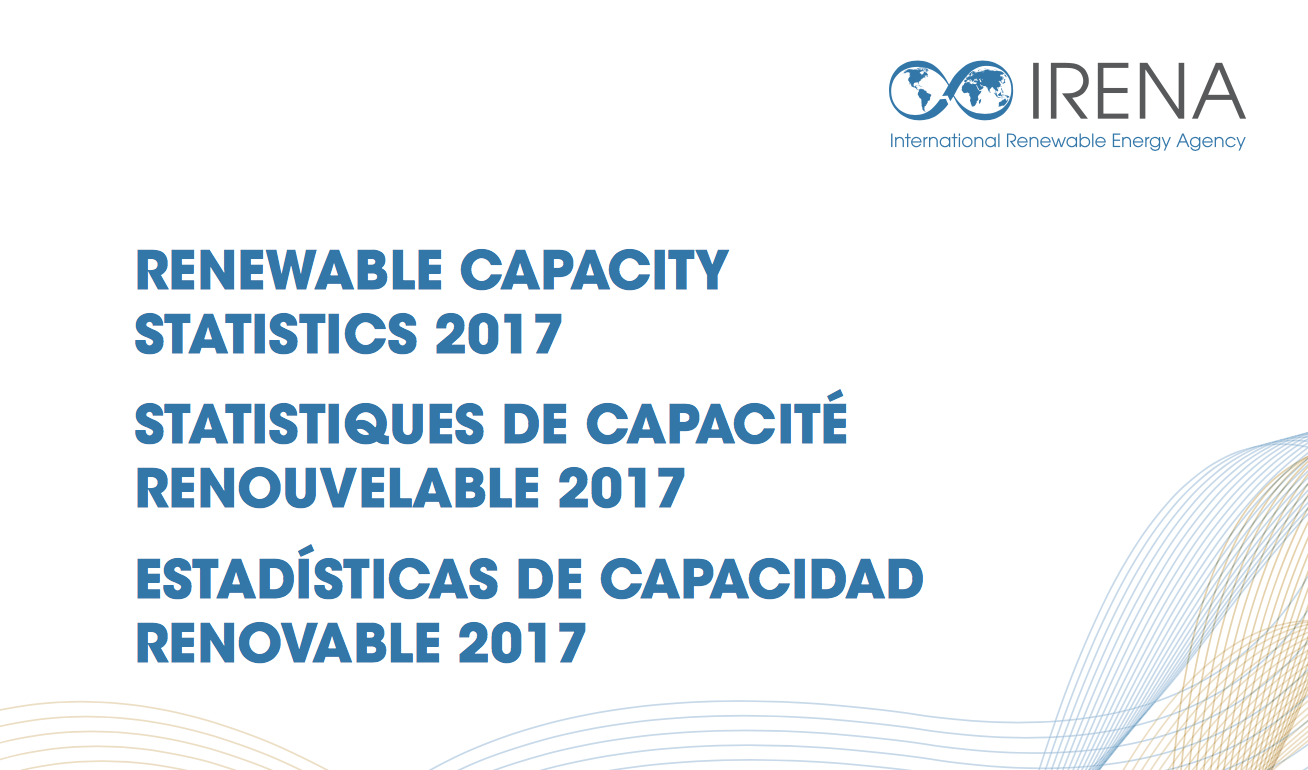 “We are witnessing an energy transformation taking hold around the world, and this is reflected in another year of record breaking additions in new renewable energy capacity,” said IRENA Director-General Adnan Z. Amin. “This growth in deployment emphasizes the increasingly strong business case for renewables which also have multiple socio-economic benefits in terms of fueling economic growth, creating jobs and improving human welfare and the environment. But accelerating this momentum will require additional investment in order to move decisively towards decarbonising the energy sector and meet climate objectives. This new data is an encouraging sign that though there is much yet to do, we are on the right path,” Mr. Amin added.

Asia accounted for 58 per cent of new renewable additions in 2016, according to the data, giving it a total of 812 GW or roughly 41 per cent of the global capacity. Asia was also the fastest growing region, with a 13.1 per cent increase in renewable capacity. Africa installed 4.1 GW of new capacity in 2016, twice as much as 2015.

Hydropower: In 2016, about half of new hydro capacity was installed in Brazil and China (14.6 GW in total). Other countries with major hydro expansion (over 1 GW) included: Canada; Ecuador; Ethiopia and India.

Solar energy: Asia saw the most growth in solar capacity last year, with capacity of 139 GW (+50 GW). Almost half of all new solar capacity was installed in China in 2016 (+34 GW). Other countries with significant expansion included: USA (+11 GW); Japan (+8 GW) and India (+4 GW). Capacity in Europe expanded by 5 GW to reach 104 GW, with most expansion occurring in Germany and the UK.

Renewable Energy Capacity Statistics 2017 offers the most comprehensive, up-to-date and accessible figures on renewable energy capacity statistics. It includes figures from 2000 to 2016, and contains data from more than 200 countries and territories.