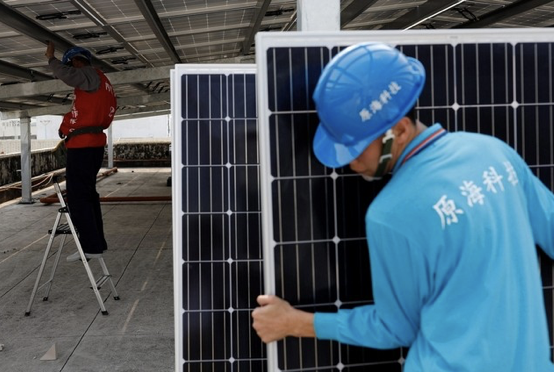 Job growth in renewables slowed globally last year, but Middle East companies are ramping up their search for workers as new projects are developed.

Employment, excluding hydropower, increased by 2.8 per cent to 8.3 million last year, according to a report released by the Abu Dhabi-based International Renewable Energy Agency (Irena). This is a moderate increase compared with the previous two years’ growth of 5 per cent in 2015 and 18 per cent in 2014.

Rabia Ferroukhi, the lead report author and Irena’s deputy director of knowledge, policy and finance, said slower growth was mainly due to maturing European markets and more efficient technology. “The renewables market is still growing in Asian countries, which make up 62 per cent of the renewables job force,” she said.

Solar photovoltaic (PV) is the largest employer with 3.1 million jobs, but there is market consolidation as falling prices squeeze manufacturers. Ms Ferroukhi said despite these pressures, energy demand would spur further job growth. “As long as there’s growth in energy demand, we’ll see growth in jobs. But we cannot expect to continue a very high rate of growth.”

Irena forecasts that about 207,000 people will be employed in renewables in the GCC by 2030, a 5 per cent increase on previous estimates, with the UAE and Saudi Arabia taking the lead.

The Consultant DNV GL, for example, through its Dubai office has added one new hire each month over the past year to meet the rise in activity in the region, according to Mohammed Atif, the company’s Middle East and Africa regional manager. “We have hired like crazy and we’re still hiring like crazy,” he said.

The company plans to triple its staff in Saudi Arabia as the kingdom gets under way with its first 300 megawatt solar PV tender and plans for 400MW of wind.

South Africa’s AltGen recruiter is looking to open in the UAE. “The centre of gravity for renewables right now has shifted to Dubai and Saudi Arabia,” said Sean Gibson of AltGen.