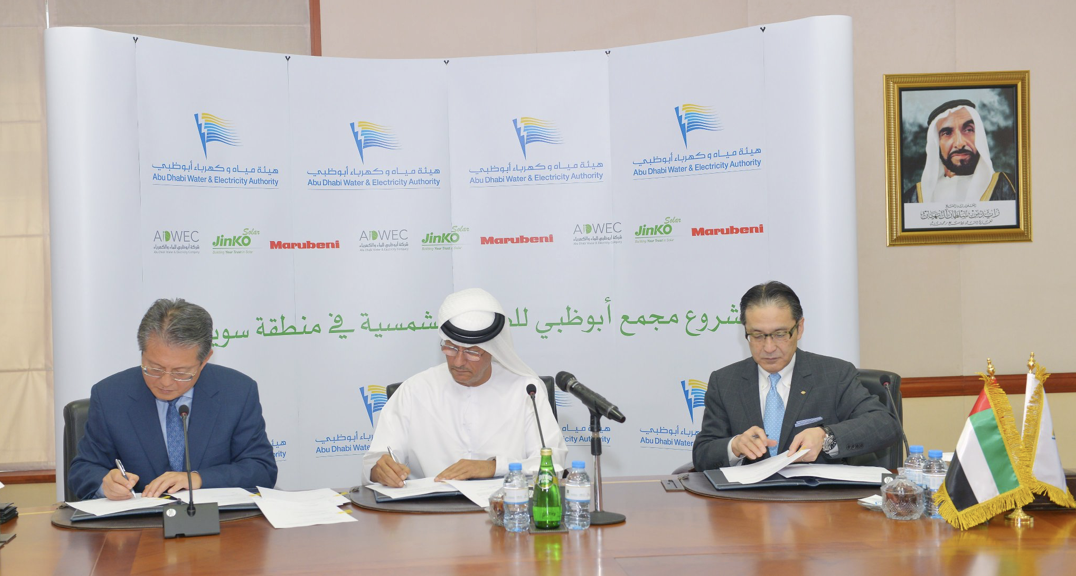 The award is one of Middle East’s highest solar honors, furthering affirming the milestone nature of the Sweihan project. With the winner selected by a panel of nine judges from across the industry, the award recognizes large scale solar projects in Middle East region that are impact and innovative. When the Sweihan project is completed, at 1177 MW, it will be the world’s largest PV plant. Beyond just size of the installation, the project also broke a world record in PV electricity generation cost. At the time when the bid was announcement, the JinkoSolar-Marubeni bid of 0.0242 USD/kwh was the lowest the world had ever seen.

The Sweihan project achieved such a large scale and competitive generation cost largely due to the utilization of JinkoSolar high efficiency monocrystalline solar modules. Given the limitation on the plot size, the use of JinkoSolar monocrystalline modules allowed for the maximization of output, enabling the world record scale. The high efficiency of the modules also allowed for decreases in balance of system cost, enabling the world record low tender price.

“We’ve always known that Sweihan project is undoubtedly not just a milestone for JinkoSolar, Marubeni, and ADEWA, but also a great big leap for the global solar power development as a whole. The recognition from MESIA further affirms the ground-breaking significance of the Sweihan project” noted Mr. Xiande Li, JinkoSolar Chairman. “Fueled by the success of the Sweihan project, we will continue to seek to produce cutting-edge high efficiency modules, fulfilling our vision of optimizing the world’s energy structure and blazing new trails in solar power” Mr. Li further explained.