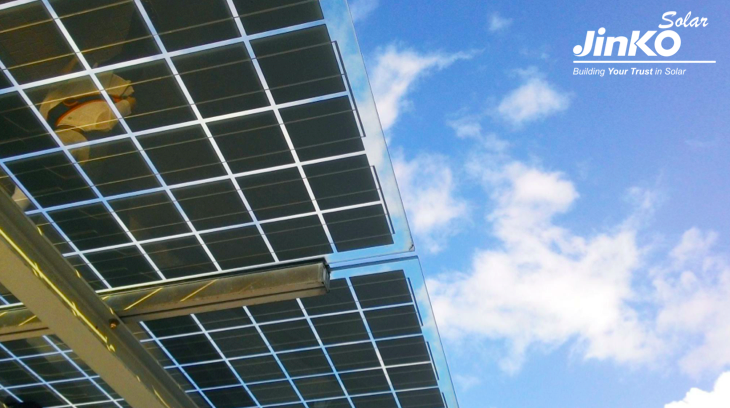 The average batch efficiency of these biPERC cells is over21.8%. Detailed analysis of the electrical parameters and cross sectional microscopic.

As the solar photovoltaic market and technology have improved over the past years, there has been an impressive drop in global PV electricity generation cost. One of the major contributors is the continuous increase in solar cell and module conversion efficiencies. For example, at JinkoSolar, average efficiency for p-type PERC solar cells has reach over 21.8%. At the same time, concerns  have also been raised that  crystalline silicon PV products efficiencies are approaching a ceiling. As a result, the PV market is eagerly looking for new frontier innovations that  could help maintain the current development trend. Bifacial solar cell technology and bifacial modules, which collect light energy from both the front and rear side of the panel, can be this new frontier. Bifacial cell and module technologies use most of the available panel surface area and effectively increase overall power generation efficiency.

JinkoSolar as one of the world’s largest solar module manufacturer has been at the forefront on the development of high-efficiency bifacial technologies. 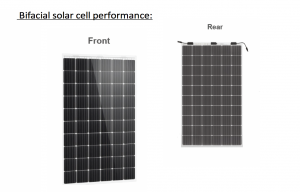 PERC technology has made huge strides in the market, and is an area where JinkoSolar has also invested  in R&D efforts. JinkoSolar’s p-type PERC bifacial cell is based on our existing PERC structure. Localized rear contacts are formed through laser ablation  on the passivation layer and subsequent screen-printing process. Instead  of full area Al contacts, Al fingers and busbars can be screen printed on the rear surface so that  reflected light can also be absorbed for higher current output. PERC solar cells have the potential to achieve an average mass production efficiency of >22%. Additionally, bifacial p-type PERC solar cells require less metal on the rear side and different processing  recipes, enabling  the potential for further future  cost reduction.