Home > Press Releases > Members News > How many Chinese module suppliers can complete with JinkoSolar, outside China?

Join Today
How many Chinese module suppliers can complete with JinkoSolar, outside China? 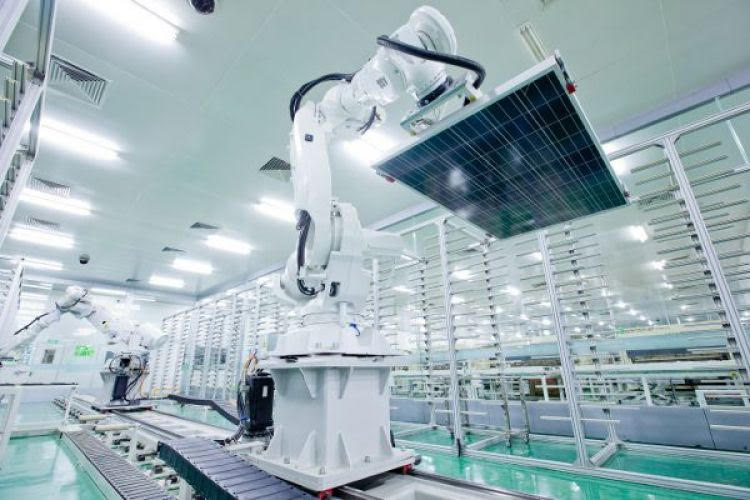 Since Chinese investments into major cell and module facilities started – more than 10 years ago – success ultimately has been driven by overseas market-share gains, above other technical or financial benchmarks that otherwise would be expected.

However, despite the efforts of well over 50 Chinese cell/module makers (where the cut-off is including those with >500MW of capacity), only 5-6 Chinese companies have actually succeeded in establishing global operations with brand-recognition, and can point to a successful overseas business plan.

However, only one of them has evolved into a company that, in several respects, operates as a non-Chinese company outside China – JinkoSolar.

This article looks at where JinkoSolar is placed in the PV industry today, from both a Chinese and global standpoint, and asks the question: can other Chinese companies do what JinkoSolar has done, and if so, can they do it before their Chinese supply pipeline disappears?

Many of the themes running throughout the narrative below are set to be featured in more detail, at the forthcoming PV ModuleTech 2018 event on 23-24 October 2018, in Penang, Malaysia, where the top 5-6 leading global module suppliers will be outlining their company’s module technology, quality, and reliability status.

This is a question asked by many people globally in the past few years. Indeed, if the answer was simple and prescriptive, others would have done it long before now, or be rolling out 2-3 year plans to get their by 2020/2021.

Of course, one part is being in the right place at the right time (read entering the industry post margin-crippling long-term polysilicon contracts) and being able to juggle tactic and strategy effectively (flexible in-house, OEM, contract supply balancing). But if we were to make a stab at the main reasons for JinkoSolar’s success, it may simply come down to these three points:

• Seeing the Chinese market (especially over the past 2-3 years) as low-priority, and being focused on being either number-one or number-two in all other major end-markets (regional or country-specific).
The first point above can’t be charted as a benchmarked metric (its way more subtle and strategy based), but the others can, so let’s have a look here to emphasize these two points. The graphs below illustrate these points clearly enough. 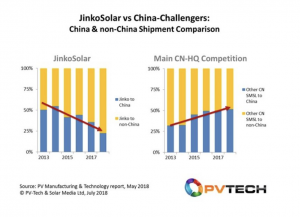