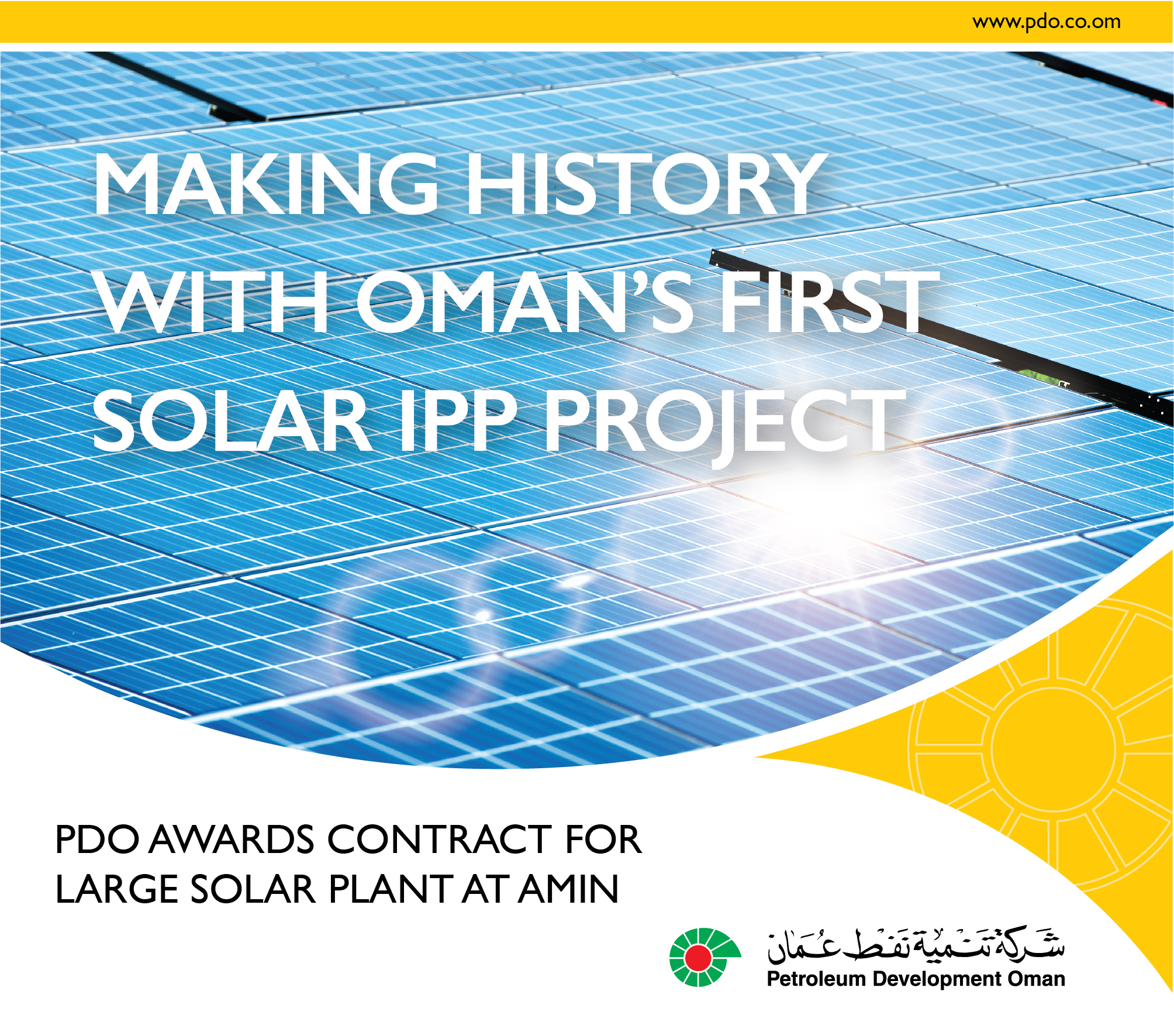 Petroleum Development Oman (PDO) has announced it has awarded a contract to build a landmark 100 megawatt solar photo voltaic Independent Power Producer (IPP) project to a joint Japanese-Omani consortium.
The Marubeni Consortium, comprising the Marubeni Corporation (Japan) as the lead founder, Oman Gas Company S.A.O.C, Bahwan Renewable Energy Company LLC and Modern Channels Services LLC, won the bidding process which attracted competitive tenders from highly reputed global developers in the renewable energy industry. The plant will provide power for PDO’s Interior operations and be the first of its type in Oman. It will also be the world’s first utility-scale solar project to have an oil and gas company as the sole wholesale buyer of electricity.
The project includes the design, procurement, construction, commissioning, financing and operation and maintenance of the solar photo voltaic plant with a capacity of 100 megawatts. The installation will be located at Amin which lies in southern Oman in PDO’s concession area, approximately 210km north west of Thumrait. The power will be structured as an IPP under the terms of the power purchase agreement for a period of 23 years. The awarding ceremony will take place on 7 November at PDO’s Muscat headquarters when more information will be released.
PDO Managing Director Raoul Restucci said: “We look forward to working with the Marubeni Corporation and consortium partners to build our first IPP renewable energy project and as another building block in support of Oman’s outstanding potential in renewable energy.”
PDO has already ventured into solar energy with the large Miraah solar plant in Amal which it is developing with partners GlassPoint Solar to produce steam for thermal enhanced oil recovery. PDO is also installing thousands of solar panels in car parks at its Mina Al Fahal headquarters to power key offices and feed into the national grid during non-working hours.