Join Today
Solar Power Gains a Foothold in MENA with 12,000 MW of Projects 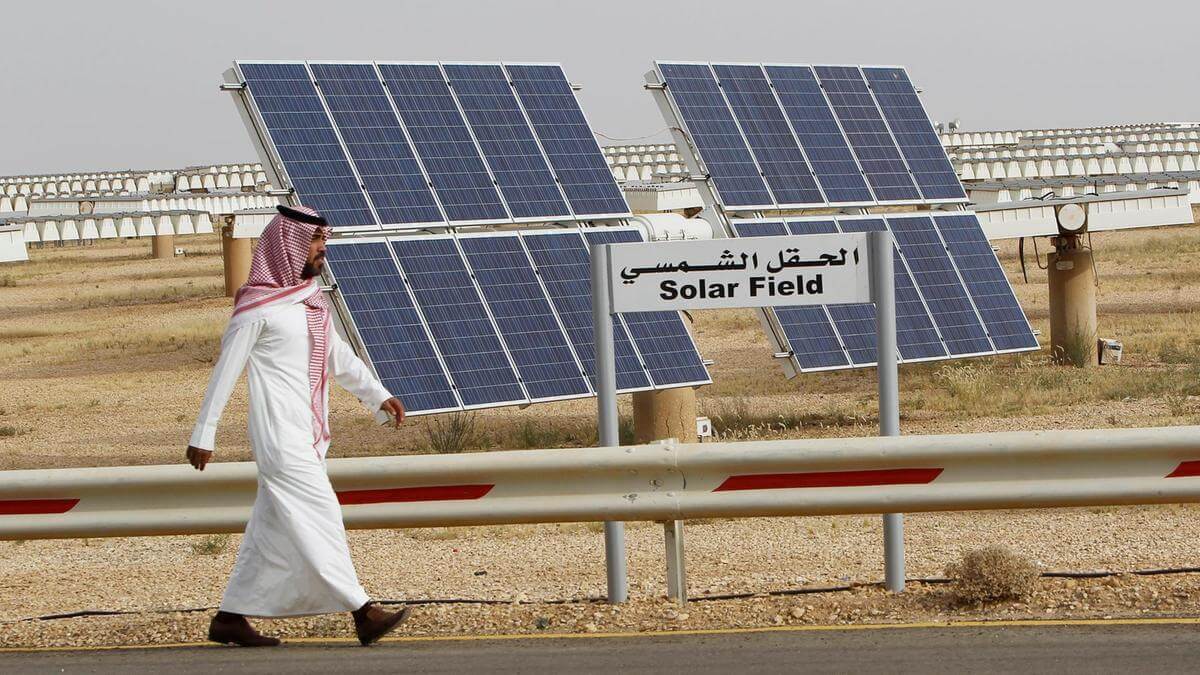 As the sun rises on 2019, solar energy continues to gallop forward as a provider of clean electricity. Across the Middle East, there are currently over 12,000 megawatts of solar power projects that have either been awarded, are under construction or in operation, according to the 2019 Solar Outlook Report issued today by the Middle East Solar Industry Association. To put this number in perspective, it is greater than all the electricity that was generated in Dubai in 2018, including electricity from natural gas.

Solar energy has been growing at a faster rate than any other forms of power generation in the MENA region and today represents a $20 billion industry. Solar projects under construction in the region grew by over 50 per cent in 2018. This rapid growth rate is expected to continue in 2019.

Rising populations, economic growth and increased industrial activity have led to an uptick in electricity demand. Thanks to increased efficiency and reduced costs, solar technology is scooping up an ever-increasing share of that market. But the situation for solar power was not always this rosy.

In 2009, when the Emirates Solar Industry Association was created in Dubai, utility companies were shaking their heads at solar. They saw it as an expensive gimmick and they refused to shift away from fossil fuels for their electricity generation. Solar power would never challenge the status quo, they affirmed.

But as ESIA had anticipated, the energy market fundamentals were slowly shifting and shedding light on two very powerful trends. On the one hand, solar technology was improving and becoming both more reliable and more affordable. At the same time, it was becoming increasingly apparent that depending purely on fossil fuels for electricity generation was not a sustainable long-term solution. So ESIA and the UAE’s utility companies worked together to move up on the solar learning curve.

In May 2002, ESIA signed a landmark partnership with Dubai Electricity and Water Company to design, install and operate two solar rooftop pilot projects by pooling the collective know-how and resources of ESIA’s members such as BP Solar, Alsa Solar, Enviromena, and Chadbourne & Parke. The first unit was a modest residential rooftop unit, the second a commercial scale system that was installed at the heart of DEWA’s Jebel Ali natural gas power plant. It was a vivid symbol that change was coming.

Once assured of the reliability of solar power and its downward cost curve, DEWA took the bold decision to go all-in and put in place both a utility-scale and residential-scale rooftop solar programme. Currently, Dubai has over 1,000MW of solar projects in operation or under construction, compared to less than 10MW just 10 years ago: a whopping increase. The rest of the region was taking note.

Half way through our existence and as solar became ‘cool’, ESIA decided to broaden its scope and spread the goodness of solar across the entire Middle East and North Africa region. ESIA became MESIA. And just as we had done at home in Dubai, we started working with the utilities and regulators across the region, encouraging them to adopt solar policies that would enable them to draw on the many direct and indirect benefits of solar technology.

Through technical workshops and trade missions in Egypt, Jordan and Saudi Arabia, MESIA fostered relationships and trust between the government stakeholders and the private sector players. In Egypt alone, MESIA helped facilitate inward investments of $500 million in the country’s solar sector. Those three markets have since become major hubs for solar power, with an impressive 3,000MW of solar power that is already operating, awarded or under construction. Saudi Arabia recently grabbed headlines when they secured a tariff of $0.0234 cents per kilowatt hour for their 300MW Sakaka solar Photo-voltaic project. This is roughly one third of the price that consumers pay for electricity in the UAE. The kingdom will lead the region with 58,000MW of solar energy to be deployed between now and 2030.

As we look ahead to the next 10 years, we see more exciting changes. Today, solar power is attractive when the sun is shining. At night, its glitter fades. The solution is storage. And just like solar panel technology improved rapidly and became a mainstream solution for power generation, so will solar storage in terms of providing on-demand energy, 24 hours a day. Adding storage capacity currently means doubling the capital cost of solar systems. But within the next few years, thanks to manufacturers like Tesla, the cost of solar and storage will be far less than that of fossil fuel power generation.

Thanks to the collaboration between private and public sector over the past decade, solar is here to stay and is poised to continue growing as a source of clean, sustainable and affordable power for decades to come.

Based on current growth rates, solar energy in the mena region will be worth $100bn in the next 10 years.