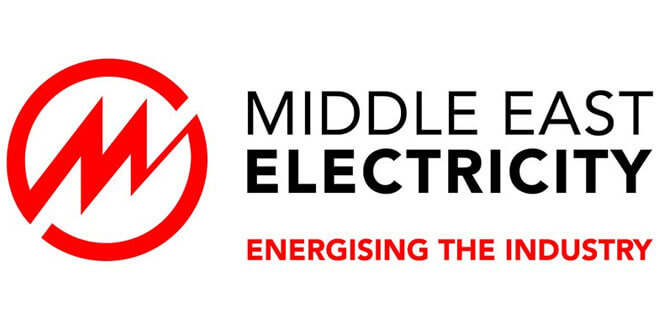 The GCC is likely to speed up its solar energy conversion movement in the wake of lessons learnt from the depressed oil prices of the past few years, according to an industry leader.

Speaking ahead of Tekom-Puk’s participation at Middle East Electricity 2019, the region’s power industry show, which runs at Dubai World Trade Centre (DWTC) from March 5-7 next year, Murad Saygın, the company’s General Manager said the GCC’s solar sector is now widely viewed as “highly promising” and likely to scale up further.

“Being highly oil dependent economies, the GCC countries have been strongly impacted by the recent oil price drop. To counter this, we believe they’ll focus investments in the renewables industry more than ever for upcoming years. It’s a constantly growing sector with highly promising potential. The UAE in particular will take action to focus growth from public to private sector, so that investors, developers and suppliers from the renewables industry will handle their projects without any time-consuming procedures.

“For the last several years, GCC countries have been fashioning a critical role for themselves in the global shift to renewable energy. Seeing the big picture from the global scale, the GCC market would likely reach its energy goals at the end of the next decade, which would make it the market driver.”

Tekom-Puk’s forecast is backed up by the latest MENA Power Industry Outlook prepared by Ventures Onsite, for Middle East Electricity. The in-depth report says renewable energy is expected to play a vital role in the GCC’s economic diversification plans.

“It forms a lucrative option for electricity generation capacity in the GCC, which has reached US$ 2.1 Bn in 2018 and is expected to be worth US$ 25 Bn in 2022,” states the report, citing increasing renewable deployment among the region’s policymakers, regulators and operators. The report adds that the GCC’s cumulative deployment and investment in renewables could reach US$ 16 Bn in 2020.

With all six GCC states now prioritising renewables, the UAE currently leads the way courtesy of mega projects such as the Mohammed Bin Rashid Al Maktoum Solar Park in Dubai, which is worth an estimated $968m, and the 1.2GW Adwea Sweihan plant in Abu Dhabi, described as the world’s largest solar power plant. As part of its ‘Energy Strategy 2050’, the UAE aims to generate 44% of its electricity from renewables by the middle of the century.

“The UAE’s ministry of energy is considering tendering 1,000 MW of renewable-based mega-projects each year over the next few years to meet its energy targets. The expected increase in electricity consumption in the coming years, coupled with the integration of a large share of renewables, clean coal, nuclear and waste-to-energy in its energy mix is expected to project the UAE as a hotspot for power sector development in the Gulf region,” says MENA Power Industry Outlook report.

Furthering its ambitions, the UAE has launched a lab to test artificial intelligence techniques for solar power. The Emirate’s Ministry of Climate Change and Environment, in collaboration with Khalifa University of Science and Technology (KUST) and the International Renewable Energy Agency (IRENA), are now working to identify solar energy locations. The lab will have three main systems featuring real-time maps of solar locations in the UAE: solar simulation, environmental monitoring and marine environment monitoring systems. Solar maps and simulations are likely to help determine the best locations for solar power within the country.

“The huge potential of the GCC, which is expected to require power infrastructure investment totalling US $109 Bn over the next five years, is generating unprecedented interest in the regional market which is reflected in Middle East Electricity’s high calibre and wide geographic exhibitor spread,” said Claudia Konieczna, Exhibition Director – Informa Industrial Group, which organises the long-standing industry event.

“Middle East Electricity takes the form of five dedicated shows within a combined mega-exhibition, with solar having its own dedicated segment due to its high potential. Solar at MEE is the largest gathering of this specialised sector’s professionals in the Middle East and Africa, offering the most effective trade focused platform to international manufacturers and distributors looking to meet regional buyers.”

Solar will also feature heavily in the comprehensive knowledge programme Informa Exhibitions is mounting to coincide with Middle East Electricity, including the much-anticipated Intersolar Conference.

“This will focus attention on the key industry developments which are changing the entire face of this vital sector throughout the entire Middle East and Africa Region,” said Konieczna.

Other dedicated Middle East Electricity sectors cover: power generation; transmission and distribution; lighting and energy storage and management. The show will also offer a diverse range of professional education and training opportunities where attendees can learn about the latest technologies at exhibitor-led Technical Seminars and advance professionally with CPD accredited Workshops.

Middle East Electricity is held under the patronage of HH Sheikh Maktoum Bin Mohammed Bin Rashid Al Maktoum, Dubai Deputy Ruler and is hosted by the UAE Ministry of Energy.