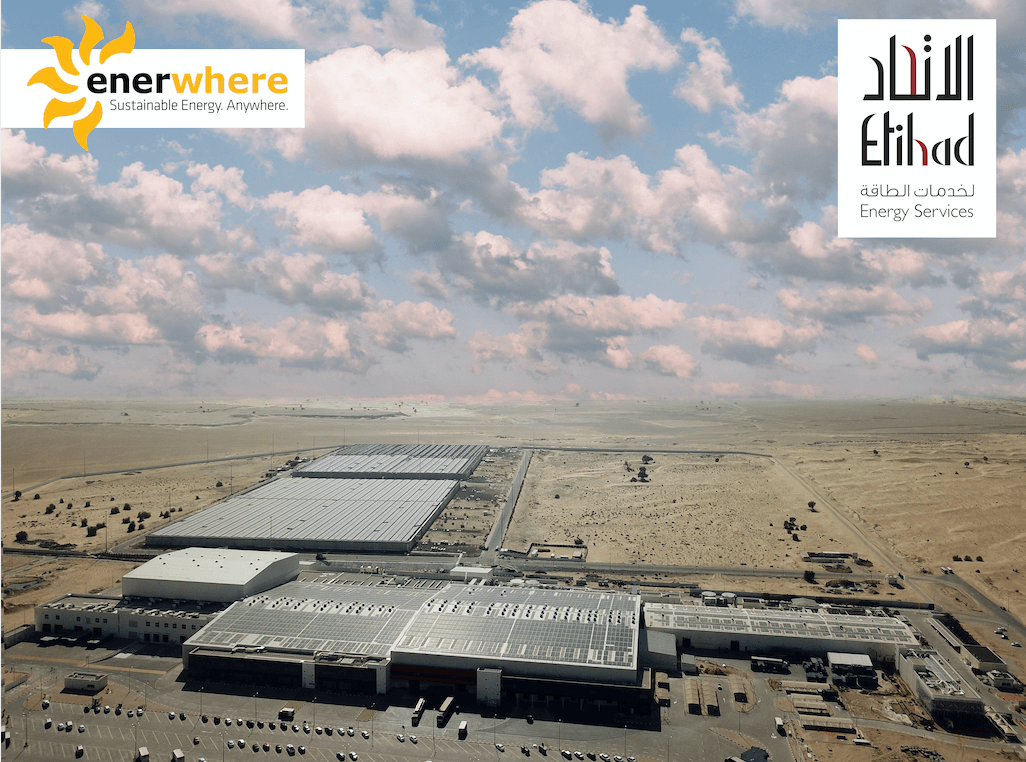 The largest solar rooftop installation in the Middle East is on the verge of completion. This commendable feat of engineering ingenuity was commissioned by Etihad Esco and is being fulfilled by the DEWA-certified PV solar contractor Enerwhere. Upon finalization of the second phase later this year, the plant will have a total capacity of 18,100 kWp, making it the second largest solar rooftop in the world.

The installation is being carried out on a total of five rooftops at the Mai Dubai water-bottling factory and adjacent Ghaffath water reservoir in Al Qudra, Dubai. The initial phase saw 30,000 solar modules installed across three of the rooftops. After phase 2 is completed, the site will use nearly 50,000 solar PV modules on a combined rooftop area of 136,000 m2.

The solar plant won the MESIA award for the “Best Industrial Solar Project of the Year” at the World Future Energy Summit in January 2019. With a total electricity generation of approximately 29,000 MWh per year, this monumental installation not only supplies 100% of the bottling plant’s annual electricity demand, but also saves an estimated 15,500 tons of CO2 per year, thereby significantly reducing the plant’s environmental impact.

The design, engineering and installation of the project was carried out in less than 8 months by 100% UAE-based staff, with the steel structure and balance of plant also coming from UAE suppliers. This award-winning solar project marks a milestone for the MENA solar region and paves the way for similar future developments.