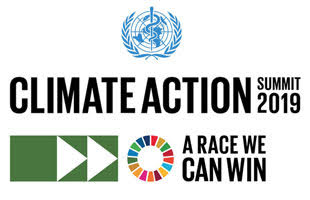 JinkoSolar Holding Co., Ltd. (“JinkoSolar” or the “Company”) (NYSE: JKS), one of the largest and most innovative solar module manufacturers in the world, today announced that it is invited to the UN Climate Action Summit 2019 which will be held at the UN headquarters in New York on September 23, 2019.

To move forward on ambitious climate action globally, UN Secretary-General António Guterres has invited over 100 heads of state, government leaders, the private sector, civil society, local authorities and other international organizations. This event is one of five high-level summits during the 74th Session of the UN General Assembly (UNGA 74), which was officially convened on September 17, 2019.

JinkoSolar will lead discussions with attending leaders about the impact of climate change. Amongst the most urgent topics of discussion is the significant economic benefits of renewable energy, in particular, solar power. The goal of the UN 2019 Climate Summit is to challenge state regions, cities, companies and investors to step up and propose actionable solutions. The plans proposed from the summit will contribute to the 25th session of the Conference of the Parties (COP 25) as part of the United Nations Framework Convention on Climate Change (UNFCCC) scheduled for December 2019.

Ms. Qian Jing, Vice President of JinkoSolar, commented, “As grid parity becomes a reality in over 100 countries and regions worldwide, renewable energy from solar power opens up incredible possibilities to solve problems. As large as reversing deserts into an oasis, reusing abandoned land and bringing new life to arid soil. This is all possible because of the 95% reduction in PV power generation costs over the past decade. With solar electrification on the rise, cutting down trees for fire and heating will be a thing of the past. Solar power will also redefine how we build new energy-powered automobiles, and solar building materials will dominant architecture design and building surfaces will become generators to store solar power. Once policy and the mechanism for economic incentives are in-sync, we will see more enterprise collaboration on technical innovation and this will accelerate energy transformation around the world.”