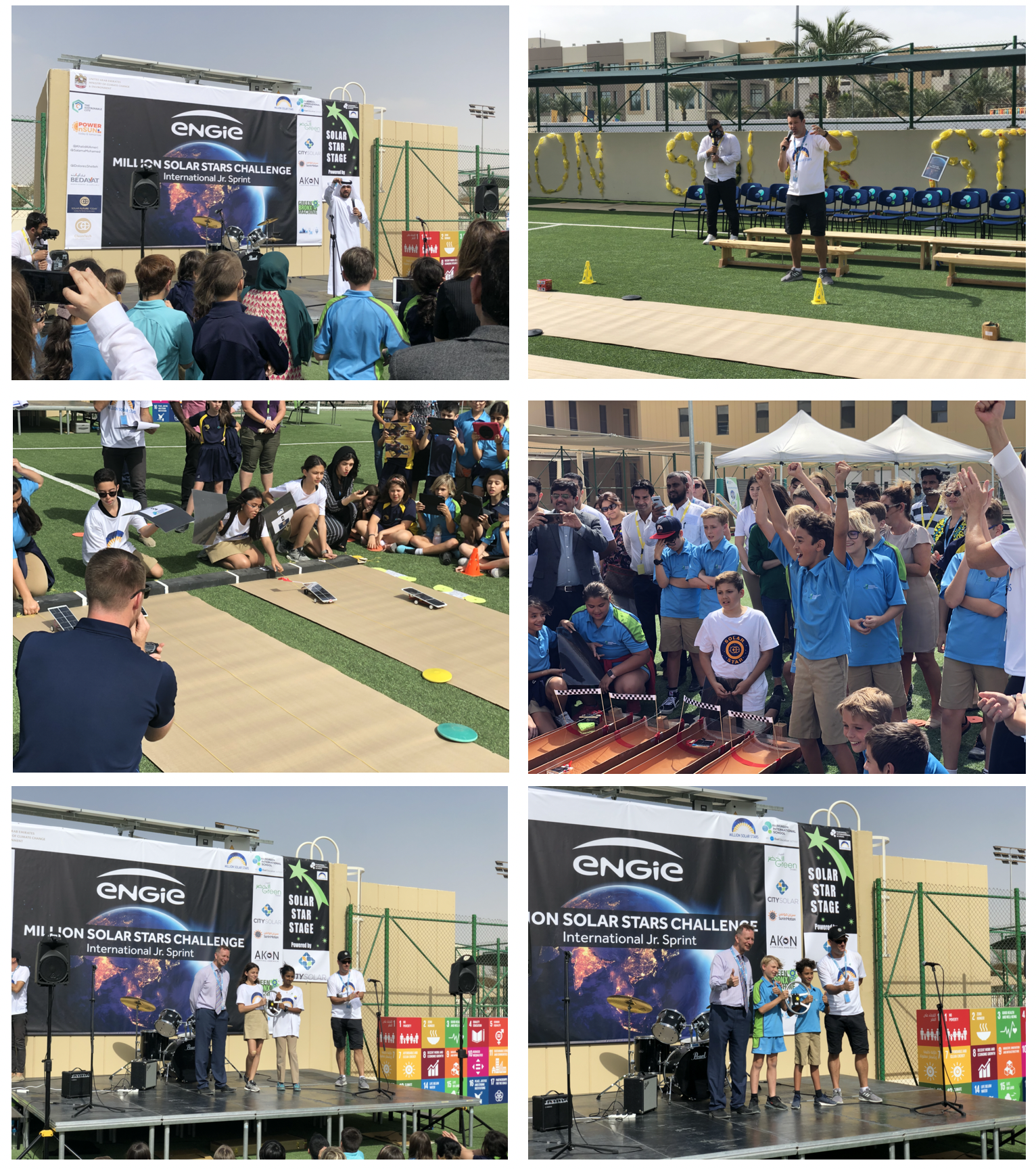 To Celebrate, Learn and Compete with Solar Power, Million Solar Stars hosted a successful event at the Fairgreen International School in Sustainable City. To inspire the next solar champion, the event brought students together to design, build, and race model solar cars and boats, as part of an international initiative aiming to engage one million students in the process of scaling up solar power at 100% schools around the world.

The MSS challenge was attended by HH Sheikh Abdul Aziz Al Nuaimi, the “Green Sheikh” and many distinguished guests including Aisha Al Souqi representing the Ministry of the Environment and Climate Change, the first Arab woman to climb mount Everest, Dolores Shelleh and the social media influencer Khaled Al Ameri. The successful event was sponsored by ENGIE that showed great support to the young engineers of the future.