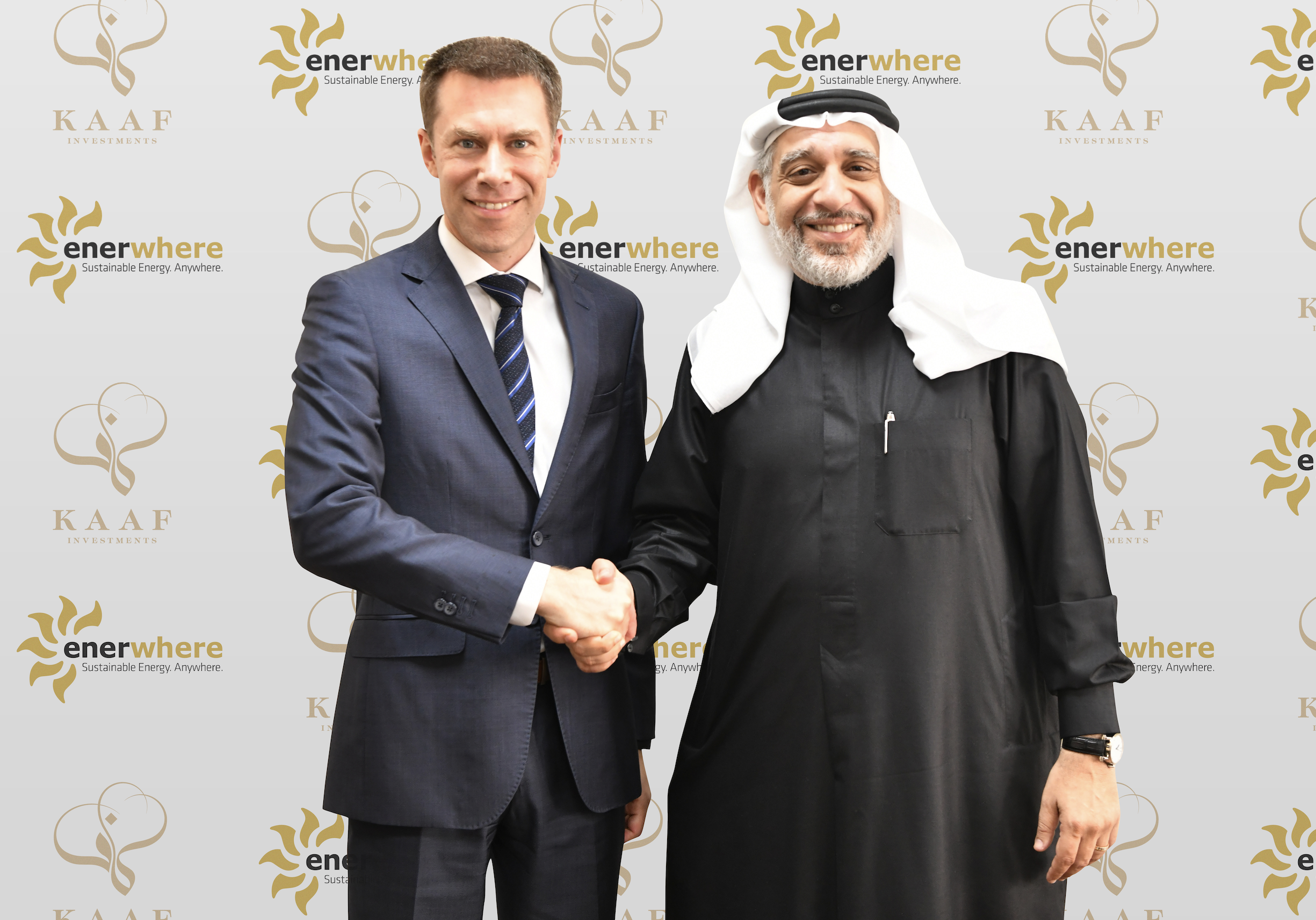 KAAF Investments, chaired by one of the most respected entrepreneurs in the Middle East, Mishal Kanoo, has re-invested in Enerwhere. Enerwhere, a next generation distributed utility company, is very pleased with this vote of confidence in its data-driven approach to reducing diesel consumption of off-grid and temporary power generation in the region.

Apart from being one of the leading solar companies in the Middle East, over the last year, Enerwhere has become the region’s leading provider of energy storage systems, implementing over 10 MWhrs of lithium-ion battery storage projects just in 2019.

Finally, building on its original in-house hybrid control solution developed in 2014, Enerwhere has now taken its data design and management platform one step further with the development of an independent analytics and energy optimization software solution for anyone running captive power generation. The system is globally unique in being equipment supplier agnostic and using real time second-by-second data as the basis to accurately model and control off-grid / hybrid mini-grids, using machine learning to reduce diesel consumption and increase reliability of conventional diesel generators, with or without renewable energy. This is Enerwhere’s first step towards artificially intelligent mini-grid solutions.

Daniel Zywietz, CEO of Enerwhere said “We were proud when KAAF Investments initially invested in Enerwhere in 2019, are delighted that the Company decided to re-invest to support our continued growth and technology development. Delivering cost-effective and reliable power in the off-grid and temporary power markets requires mastering a range of technologies, including modular & transportable solar solutions, battery storage and conventional diesel engines. Our clients recognize that Enerwhere is uniquely positioned to design, install and operate a full hybrid power solution, allowing them to concentrate on running their business while we take care of the rest – at a cost and environmental footprint that is below that of their current diesel generators. KAAF is an investor that recognizes this and is embracing the region’s efforts to be leaders in the energy transition.”Mishal added “Enerwhere’s efforts to ensure they are constantly ahead in assessing and implementing new technologies whether that be solar, energy storage or power quality means that they are constantly ahead of others in the solar hybrid power space. I am particularly excited about the launch of their unique energy management platform, which will have a massive impact on diesel consumption for stationary power applications in the region. Even more importantly, while the technology is exciting, our investments at KAAF always focus on the team and Enerwhere’s staff of data engineers, computer scientists and power doctorates with 30 different nationalities is a thrilling combination. I am very much looking forward to following their progress in 2020 and beyond.”