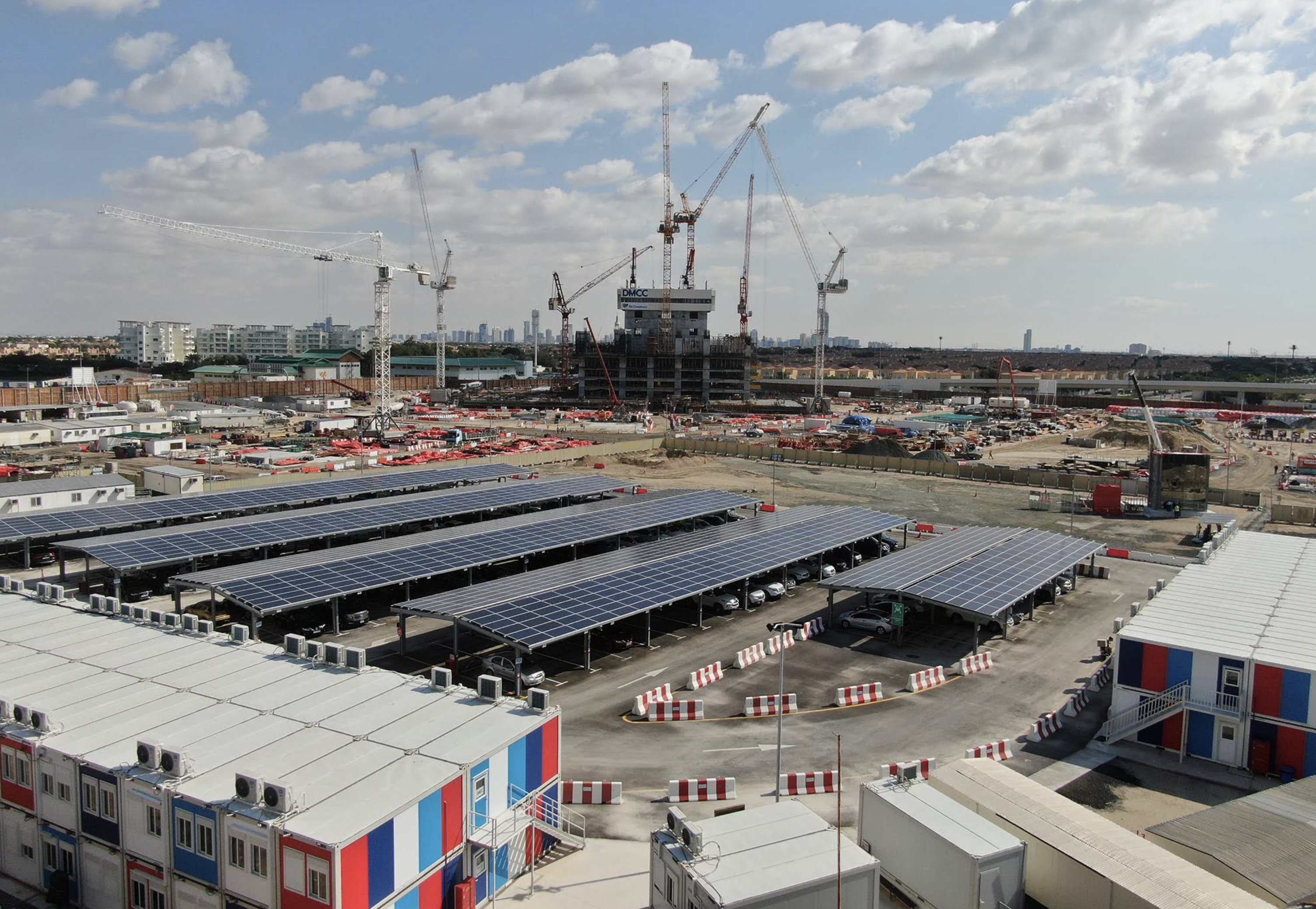 Six Construct – the Middle East subsidiary of the Belgian Construction giant BESIX, known for bringing to life iconic and landmark projects such as Ferrari World Abu Dhabi, Warner Brothers Theme Park, Burj Khalifa and many more, was awarded the contract for building the Uptown Tower in the Uptown Dubai district planned by DMCC (Dubai Multi Commodities Centre). The tower will stand at 340 meters tall and will be host to an exclusive mix of international Grade A offices, 5-star hotel and associated branded residences. Six Construct along with other contractors in the UAE rely solely on diesel generators for powering their construction activities which are very expensive to operate and emit harmful carbon emissions along with a certain degree of noise pollution.

In collaboration with Enerwhere, Six Construct has been able to reduce their carbon footprint by over 50% and their operation costs by 20% across their construction sites in the UAE by introducing power management and renewable energy into their power generation mix. The Uptown Tower construction site which is powered by Enerwhere’s stand-alone solar-diesel-hybrid microgrid comprises of 500 kWp of solar and relies on technology, engineering, and data analysis to deliver clean, renewable and reliable power to site including site office, site utilities and heavy applications such as tower cranes, man hoists and pumps from a centralized power generation hub.

The carpark mounted solar panels serving 180 carpark spots – the largest solar carpark installed on a construction site, serves the dual utilitarian purpose of providing shade as well as clean, renewable energy generation, while also freeing up areas on site which would have been used to install solar panels for other purposes.

To integrate the solar power into the microgrid, Enerwhere utilizes its proprietary state of the art power management and control system which provides real time monitoring of site power requirements and optimizes the solar penetration by communicating between the generators, the solar system and the loads. In addition to this, Enerwhere is planning to install batteries to further increase the solar share by storing renewable solar energy generated during the day and providing it at night, further decreasing carbon emissions and generator usage. By doing so, DMCC’s Uptown Tower project will be a one of a kind unique construction site utilizing solar-diesel-battery hybrid system – a first in the world.

The solar system also has the potential to be connected to Dubai Electricity and Water Authorities (DEWA) electricity grid network under the Shams program when the construction site receives a temporary grid connection which will help contribute to Dubai’s 2020 goal of producing 7% of electricity generation by renewables. This will also be the first time where a construction site will be connected to the grid under DEWA’s Shams program.