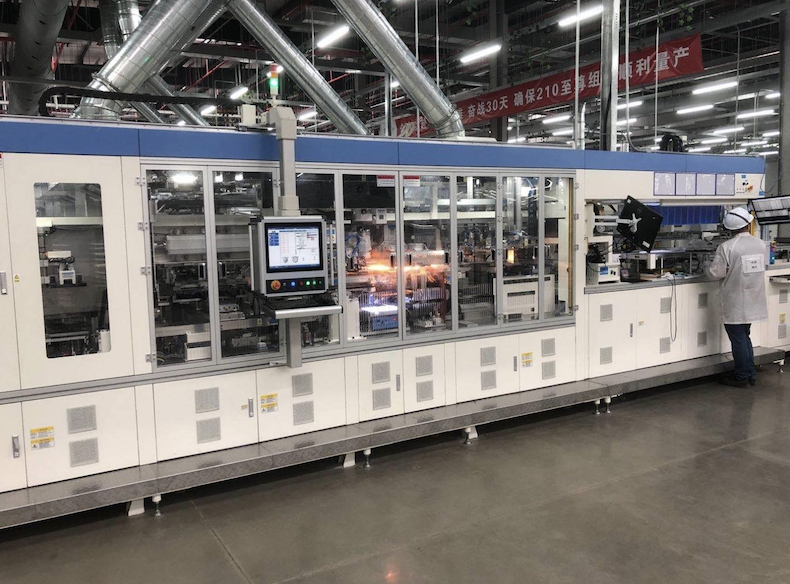 Trina Solar announces that total sales of its ultra-high power modules, the Vertex Series, have reached 1GW worldwide, including nearly 200MW in Europe as well as from three other major regions, Asia Pacific, Middle East and Latin America.

In February of this year, Trina Solar released the Vertex 500W series ultra-high power modules to the world. Within just five months, the power output of the Vertex modules has been upgraded from more than 600W. Trina Solar provides a series of high-efficiency, high-power and high-reliability products to the market through technological and product innovation. The market has responded positively to the Vertex series, and it has also received wide-spread acclaim since its launch. This has led to significant sales in the first half of the year and Trina Solar has been able to meet the production challenge without any hitches.

Antonio Jimenez, Managing Director and Vice President, Trina Solar Middle East & Africa commented: “The Vertex series modules had passed stringent tests and comprehensive evaluation reflecting the safety, reliability and functionality of the modules for big utility and commercial projects. We are always keen to bring technological revolutions in the photovoltaic industry and contribute to the sustainable development of the solar industry in Middle East and Africa. The first shipments of the Vertex series modules in the region were in Egypt and Yemen.”

Trina Solar’s R&D team uses multi-busbar technology as a base to further improve module efficiency, and to reduce current transmission loss and interconnect bar resistance loss. As a result, the company has innovated the layout design of advanced technologies, such as non-destructive cutting and high packaging density. These technologies can further reduce the resistance loss, significantly improve the module’s anti-cracking resilience and heat resistance, and maximize storage space. This results in a high-power output module with high-efficiency, high-power and high-reliability. So far, the Vertex 550W/600W ultra-high-power modules have passed the holistic tests by TÜV Rheinland, and their reliability has been verified.

2. Low voltage, high string power, and the single string power has been increased by more than 40%

The Vertex series modules adopt the design of low voltage and high string power. By increasing the power of a single string, the total number of strings can be effectively reduced, and the corresponding mechanical connections, such as trackers and electrical connections (for example, inverter combiner boxes) can be saved.

3. The module product is highly cost-effective, and the reduction of BOS generates more customer value

With the increase of module power, the quantity of required modules to produce the same capacity is reduced. As a result, the associated costs (e.g. installation and construction costs, tracker construction cost, cable wiring and others) are also reduced thereby reducing the overall BOS and maximizing customer profits. By the end of 2020, the total production capacity of Vertex ultra-high power modules is expected to reach 22GW. At the same time, Trina Solar will have one of the industry’s leading production structures based on the 210 module next year. This continuous innovation stems directly from the coordination and cooperation of the entire industry chain, with downstream inverter and tracker companies also offering similar solutions. It is expected that with the expansion and upgrade of production capacity, as well as the linkage and innovation of the entire industry chain, ultra-high power modules will attract more customers, and the industry has a bright future.