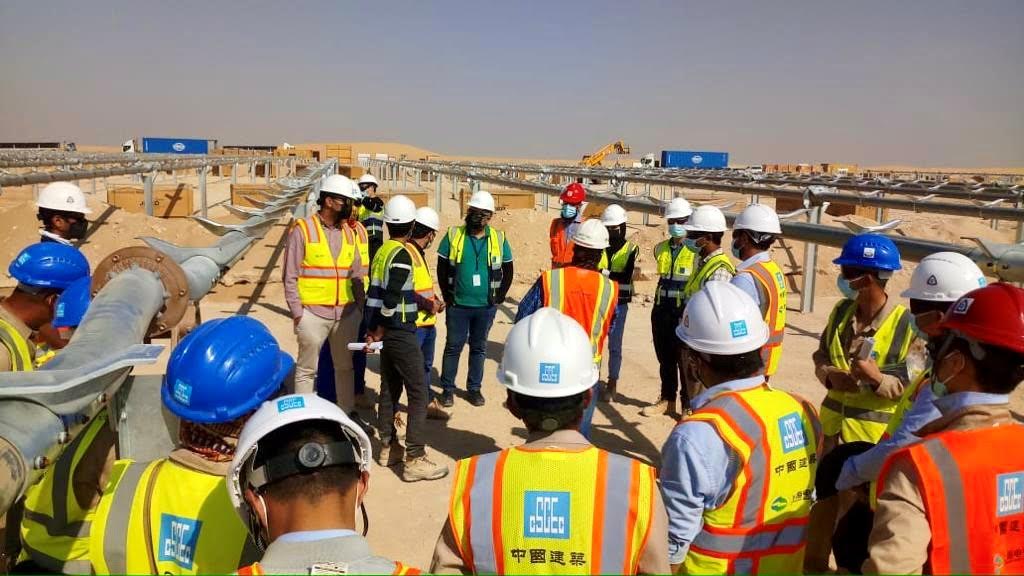 A green recovery is far more than an ambition or even an opportunity. It’s an absolute imperative for a sustainable social and economic future in the post-pandemic world. That’s the most significant takeaway from Abu Dhabi Sustainability Week 2021.

Government, business and civil society leaders across the globe are trying to anticipate significant social, geopolitical, economic and environmental shifts that will result from the global pandemic and there are many differing opinions. But one thing most agree on is that is that sustainability in all forms will take centre stage and there must be a renewed public and private sector commitment to combatting climate change to mitigate risk of future severe public safety and disruptive economic threats.

Leaders across the GCC are clearly in sync on this and used the ADSW platform to reconfirm decarbonisation pledges. The latest figures from the International Renewable Energy Association (IRENA) are that by 2030, based on the current national commitments and project plans, the region is on track to save the equivalent of 354 million barrels of oil through the deployment of renewables. That represents a 23 per cent reduction in oil consumption that would come with it the creation of more than 220,000 jobs. It would also reduce the power sector’s carbon dioxide emissions by 22 per cent while cutting water withdrawal in the power sector by 17 per cent.

Despite the economic upheaval we saw over the past year, countries across the GCC continued to progress on commitments to realize national decarbonisation goals. And that progress is being led by a greatly increased focus on solar energy as the anchor to national renewable strategies.

The UAE is an excellent example of this, where the nation’s zero emissions by 2050 commitment is heavily reliant on solar for future energy production.

This year in Dubai, we will see the completion of the fourth phase of the Mohammed bin Rashid Al Maktoum Solar Park. The 950MW fourth phase, led by DEWA in partnership with a number of private sector entities including ACWA Power and Nextracker, is reported to be the largest solar investment project in the world totalling greater than Dhs15.88bn or $4.3bn. The DEWA plant will also have the largest energy storage capacity in the world of 15 hours, provide clean energy for 320,000 residences and deliver 1.6 million tons of carbon emissions reduction annually.

In December, The Abu Dhabi National Energy Company (TAQA) closed a funding deal for construction of the Al Dhafra Solar Photovoltaic (PV) Independent Power Producer (IPP) project, which once operational will overtake the Dubai project as the world’s largest single-site solar power plant. This new plant will use approximately four million solar panels to generate enough electricity for approximately 160,000 homes across the UAE. It is expected to reduce Abu Dhabi’s CO2 emissions by more than 2.4 million metric tons per year, equivalent to removing approximately 470,000 cars from the road.

There are three primary reasons that solar is dominating GCC investment in renewable energy.
First is tremendous increases in efficiency and energy production through the integration of AI and advanced technology. Innovation in AI networked tracking systems and software enables solar panels to literally follow the sun. This technology, TrueCapture, uses machine learning to track the path of the sun to maximize efficient energy capture, storage and transmission.

In an industry where solar tracker technology hadn’t significantly changed in 30 years, these innovations have helped new solar plants achieve up to 99 per cent efficiency ratings, with AI accounting for an increase in efficiency of up to 6 per cent.

That increase in efficiency has directly correlated to a dramatic decrease in the cost of energy production, the second reason for the massive movement to solar. In just the past 5 years, innovation in technology, plant design and storage has driven the cost of solar from $0.05 to $0.0135 per kilowatt hour. That’s nearly a 75 per cent reduction in energy production costs and a fraction the cost of fossil power production.

The increase in efficiency coupled with cost reduction to generate solar power leads us to the third reason solar is the dominant renewable energy source across the GCC. That’s the availability and cost of capital to fund these mega solar parks. Given the attractiveness of the new solar model, there are far more options available for both public and private funding of solar projects. Nextracker has also created a significant manufacturing content in the region and is using that capacity to serve both projects in UAE and for export, creating sustainable jobs and economic value.

What’s also driving the rapid adoption of solar is the innovation in public-private partnership (PPP) and privatisation deals underpinning the design, construction and management of new solar plants. ACWA Power and Nextracker are partnering with a wide range of industry specialty companies and government operators on the development of numerous landmark utility-scale solar projects in the GCC and MENA region that will provide over 1.5 gigawatts of energy to the region’s population, including projects in the UAE, Saudi Arabia, Oman and Jordan.

These PPPs are enabling government operators to overcome a wide range of challenges related to large and highly complex alternative energy projects that require considerable capital investment and technical expertise.

Global forums such as Abu Dhabi Sustainability Week and the leadership of groups like Masdar and IRENA have played a substantial role elevating the renewable energy industry to the point where what were once viewed as highly ambitious targets in the UAE Energy Strategy 2050 are now viewed as eminently attainable.

But we don’t have to look ahead to 2050 to begin to see and feel the impact that solar and the renewables industry can have from both an environmental and economic perspective. The renewables that will power our future will also power our green recovery and a rejuvenated commitment to all things sustainable in our post-pandemic world.

Rajit Nanda is the Chief Investment Officer of ACWA Power International and Dan Shugar is the CEO of global solar tracker and software company, Nextracker