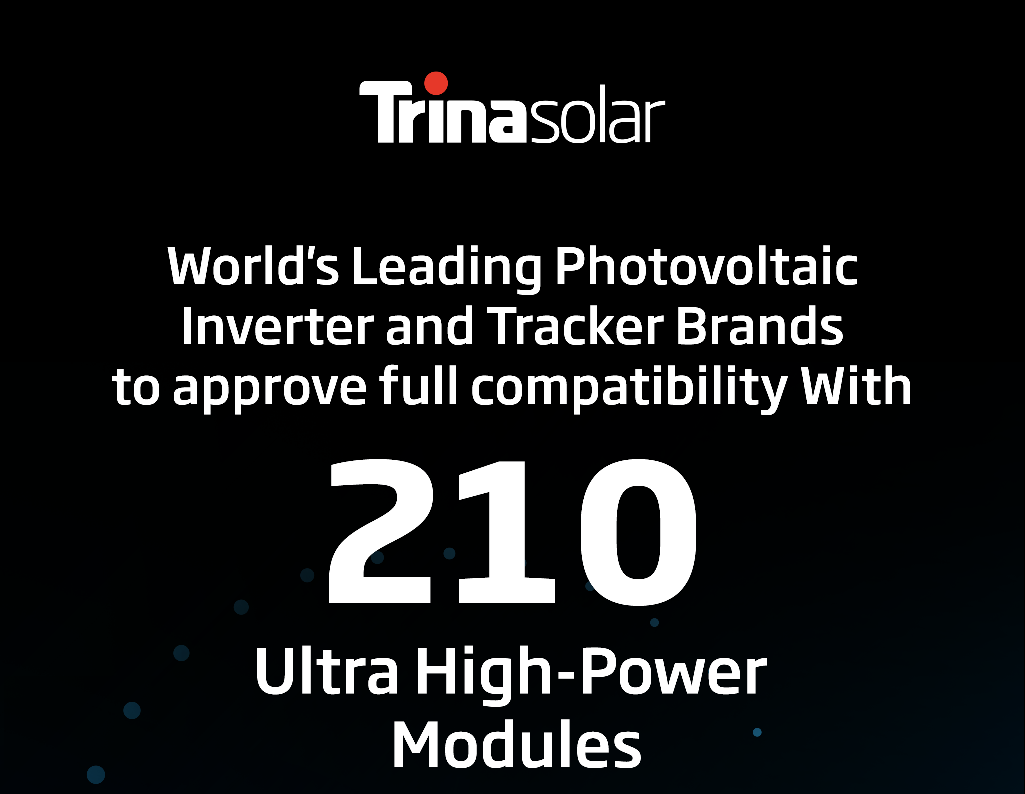 2nd March 2021, Dubai – The world’s leading photovoltaic inverter brands have announced the market launch of inverters and trackers compatible with the 210 Ultra High-Power Modules, significantly promoting smooth chain collaboration in the industry and the reduction of Levelized Cost of Energy (LCOE), thus accelerating the pace of entering grid parity era.

The inverter companies approving compatibility with 210 modules are as follows:

GoodWe, Ginlong, Kstar and other inverter makers have also announced the availability of inverters compatible with the 210 Ultra High-Power Modules that can support them, and say they plan to launch new high-current inverters.

The tracker companies approving compatibility with 210 modules are as follows:

Centralized inverters and a string inverter have both passed market testing. The compatibility of the 210 inverters and modules could result in more value in the application process. Specifically, low-voltage, high-current modules can realize a longer string, thereby reducing the number of strings and the cost of PV DC cables, lowering LCOE, highlighting the power generation gain and cost advantages of high-power modules.

The full launch of inverters that support 210 modules underlines the environmental and technological interdependency of 210 Ultra High-Power Modules and the 600W+ Photovoltaic Open Innovation Ecological Alliance, both of which were initiated by Trina Solar, a leading global PV and smart energy total solution provider. The new inverters advance the application of 210 ultra-high power module products on the system side.

With regards to trackers, the tracker and module compatibility approvals from these global leaders in the tracker field demonstrate their recognition of the 210 modules’ high value and strong support in terms of comprehensive collaboration to facilitate the grid parity globally. On the other hand, the compatibility with ultra high-power modules will also raise the tracker’s system value and contribute to reducing costs in various scenarios.

All this brings new vitality to the entire photovoltaic industry. While pushing for advances in module technology and increasing power, supporting products such as inverters and tracking systems have also been fully upgraded to fit into the 600W+ era. The upstream and downstream collaboration mechanism of the industrial chain was thus formed.

As an important link in the photovoltaic industry chain, inverters and tracker systems have entered the 210 era, leading to more seamless collaboration, suggesting a more mature 210 industry chain and PV ecological system.