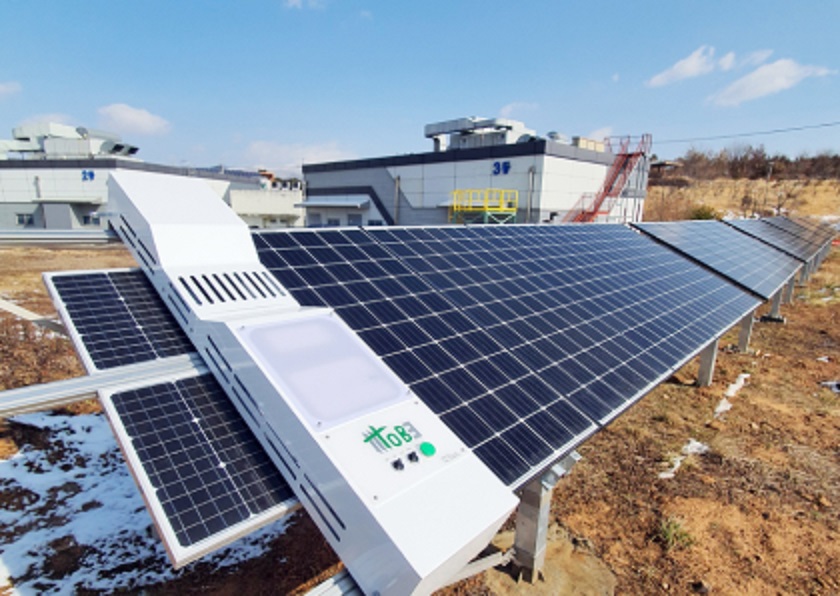 Renewables and digital transformation companies at Korean Energy Week in UAE from Oct 3-7, 2021 attract over 250 potential partnership meetings with government and private entities

Participants at the Korean Energy Week (www.koreaenergyweekuae.com) is aiming to tap into the exponentially growing market potential in the renewables energy space in the UAE and the Middle East and North Africa (MENA), led by solar  with its share in the regional  energy mix estimated to reach 20.6 per cent by 2035 from 5.6 per cent in 2016.

“Korea and the UAE enjoy strong bilateral relationship for over 40 years. The highlight of this relationship is reflected in a Korea-UAE consortium bagging the contract to build Arab world’s first nuclear plant, the Barakah Nuclear Energy Plant.  While government to government relations are on a robust pace, increasingly Korean private companies are also foraying into the UAE, and Middle East and Africa (MENA) market, to tap into the business potential in the technology and renewables verticals,” said Chui Won, President, Energy Valley  Enterprise  Development Institute (EVEDI), Korea, one of the organizers of the event.

Korea Energy Week UAE has achieved substantial traction with over 250 pre-arranged meetings with government and private corporate entities early enough, indicating the buoyancy and growing demand for Korean products and services in the renewables and digital tech space.

Apart from EVEDI, the Korean Energy Week UAE is organised by the Korean Ministry of Trade, Industry and Energy (MOTIE), JeollaNamdo, Jeonnam Technopark, Korea, Interfairs Korea and Dubai-based Verifair. The headline partner of the event is the Middle East Solar Industry Association (MESIA).

“The region’s renewable energy investments are led by solar and these large cyclical economy infrastructure developments offer a huge market for 4IR tech solutions and   solar support services and products.  The high level of interest from the UAE government entities, including regulators and private corporate players for Korea Energy Week UAE is a reflection of the market’s demand for new cutting edge products and solutions, said Denisa Fainis, MESIA General Secretary.

A MESIA solar outlook report, quoting Bloomberg New Energy Finance (BNEF) said that the solar capacity in the MENA region could reach up to 8,309 MW by 2022 with the region steadily adding more renewable projects. The report also quoted Frost & Sullivan that by 2025, additional investments in solar projects could reach US$182.3 billion.

The demand for 4IR tech is also on the rise as the UAE’s Fourth Industrial Revolution strategy aims to position the country as a global hub of innovation and future technology.

“The Korea Energy Week UAE is the first in a series of Korean tech and sustainability solutions exhibitions in the pipeline.  The UAE is our launch platform considering the country’s growing investments in the sustainability and innovation space and the policy level commitments of the government to green energy and a carbon-neutral future,” said Jeen Joshua, Director, Verifair.

The UAE’s Energy Strategy 2050 envisages to generate 50 per cent of its energy needs from clean, energy sources by investing in the range of US$600 billion, with 44 per cent of projects in the renewables space. Dubai has already surpassed a milestone of 9 per cent green energy in the mx in 2020.

The UAE is also home to the world’s largest solar PV plant in Abu Dhabi – the Al Dhafra Solar Plant. In Dubai, the Mohammed bin Rashid Al Maktoum Solar Park is the largest single-site solar park in the world based on the Independent Power Producer (IPP) model.