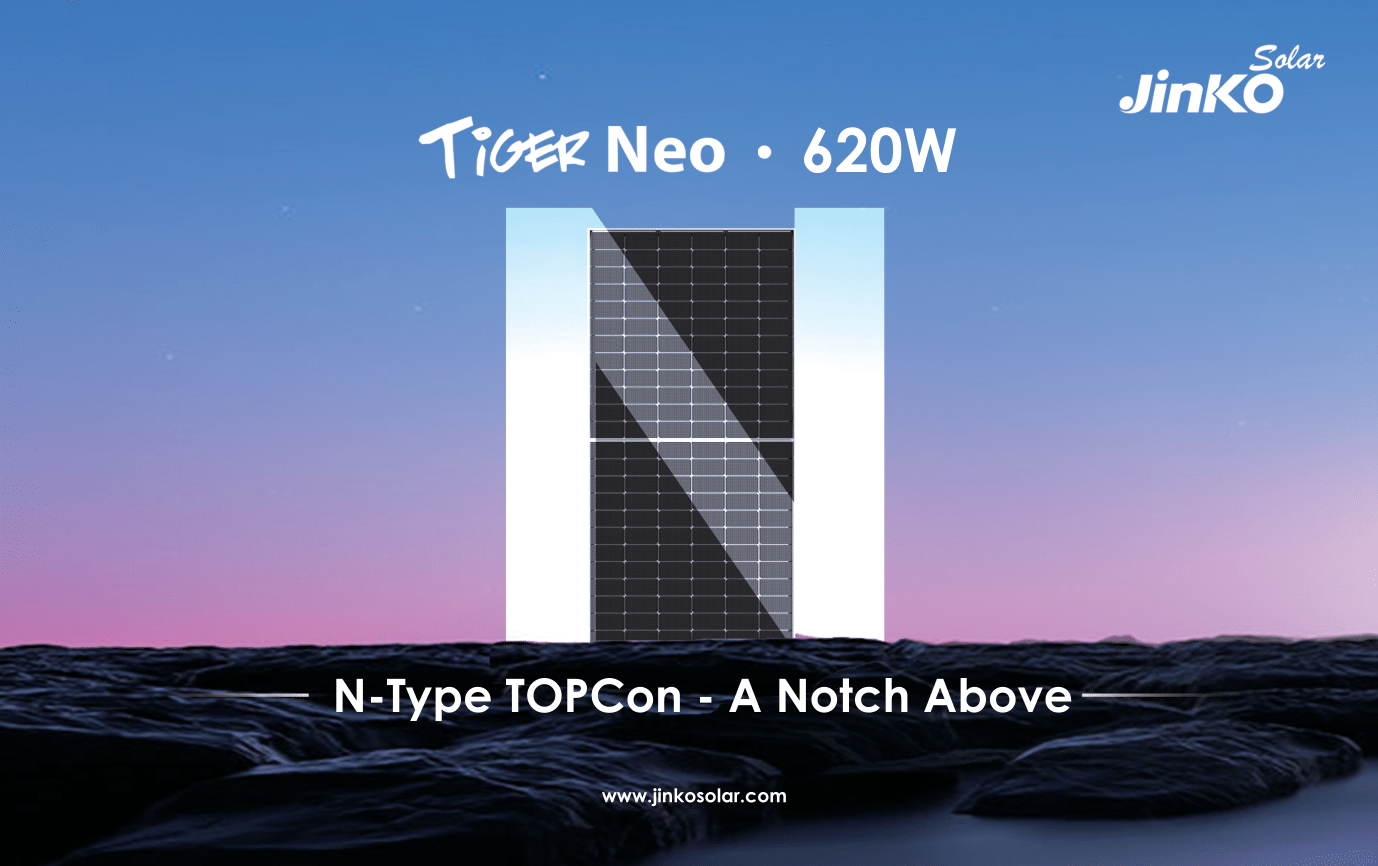 JinkoSolar has now officially launched its Next-generation N-type TOPCon module called Tiger Neo refreshing with much higher efficiency and all the features we were anticipating. During the launch event held in Shanghai, the company was currently updating the key performance metric of this new module. On top of the previously reported efficiency changes up to 22.3% and maximum 620watt output based on 182 wafer, Tiger Neo is equipped with a new “performance package” that improves on JinkoSolar’s already industry-leading module efficiency and reliability, resulting in much lower LCOE and IRR.

At its launch event on November 02 in Shanghai, JinkoSolar detailed characteristics of Tiger Neo as well as laid out a roadmap for PERC successors in the form of Topcon technology. Beyond PERC, n-type represents a further evolution, extending its performance and efficiency resulting in LOCE further 3-6% down on average. Tiger Neo 10GW level volume production leads industry mainstream to start to move from PERC to TOPCon. Tiger Neo offers 6% more efficiency and power density over conventional P-type module, 15% higher bifaciality（ 85% vs 70％）, lower temperature coefficient (-0.3%/Celsius degree vs. -0.35%/Celsius degree), half initial-year degradation （-1% vs -2%）and 37.5% less degradation（-0.4% vs -0.55%） across the whole lifecycle, 5 years prolonged linear warranty (30 vs 25 years), better low light performance ( 0.5 working hours more per day during morning and sunset), enhanced safety due to improved Isc compared to 210 big size module, ergonomic and installer-friendly design with optimized width and weight.

According to Dany Qian, VP of JinkoSolar, the current yield rate of Tiger Neo in mass production is progressing no behind of PERC, and extends additional efficiency gain and power enhancement over PERC. She also explained during the post-event interview why the mono-PERC mainstream landscape of c-Si production in 2021 will be short-lived while HJT is struggling with yield rates and cost. One of the key metrics on how well a cell process is developing is looking at its quantitative yield or rather, its defect rate. JinkoSolar’s TOPCon yield rate is ahead of its counterparts and expects to go better as high volume manufacturing ramps into next year.  Obviously, JinkoSolar is now at the forefront of N-type mass production and its first phase of 10GW-level capacity release will accelerate N-type to become mainstream offerings and pull the industry back to the fundamental properties of the substrate type and cell process flow. It is sticking with TOPCon roadmap and relying on “combined innovative features” to enable them to achieve the full-node scaling that Tiger Neo promises to bring.