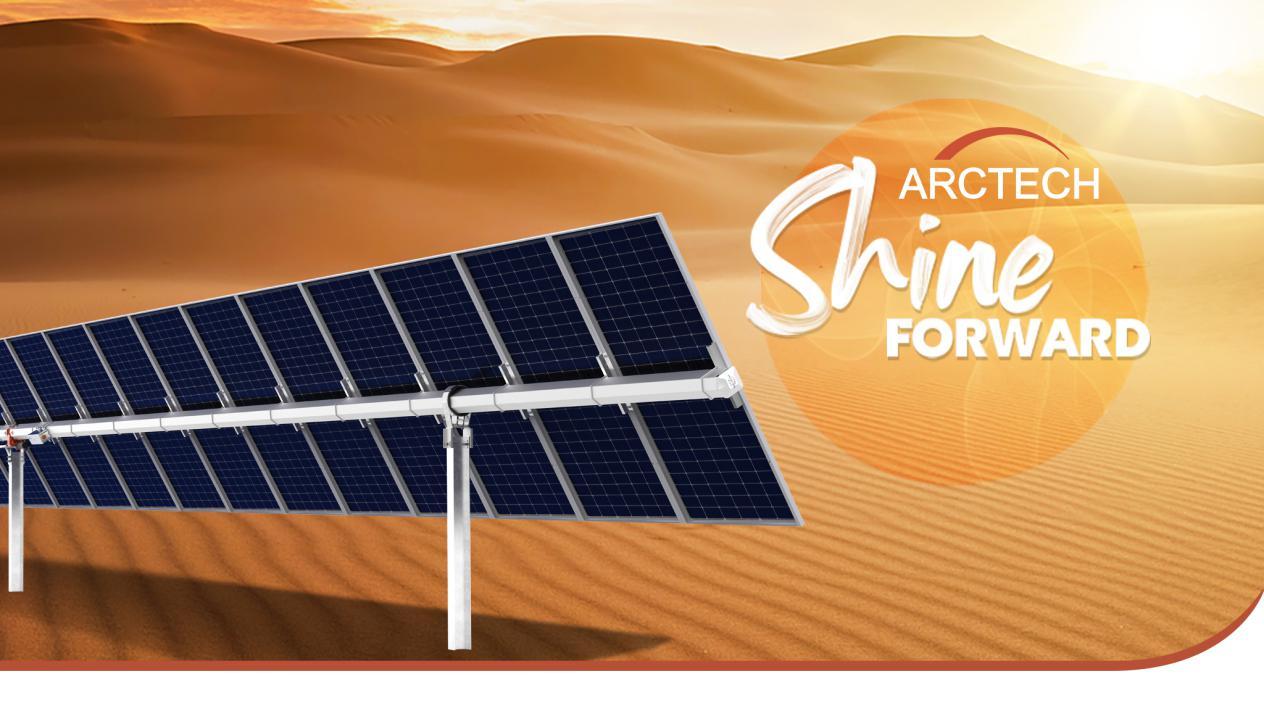 Arctech, the world’s leading tracking, racking, and BIPV solutions provider, reviewed the major milestones in 2021 and stepped into the new year with the expansion of its global footprint.

In 2021, Arctech has been taking a leap on expanding its global footprint and manufacturing bases close to its major markets worldwide. In Latam, the company announced its official subsidiary in Chile. With a portfolio of close to 1.6 GW in Latam, the company has now five local offices in Colombia, Chile, Brazil, Argentina and Mexico, providing engineering, manufacturing and after-sales support for Arctech’s local operation, with an intent to source materials for its tracking systems from within the region to shore up competitiveness and diversify supply sources.

Arctech has also officially launched the Saudi Arabian subsidiary early this year after successfully developing world-class projects, including Arctech’s 2.1GW Al Dhafra PV2 project in Abu Dhabi, UAE. The plant will be the largest of its kind in the Middle East when completed. The company has been awarded the “Regional Technology Provider of the Year Award” by Middle East Solar Industry Association for empowering the market with upfront technology.

The company has also been working on the consumer adoption of its champion tracker products in the US market. In 2021, Arctech witnessed a major breakthrough by successfully introducing SkySmart II, the first rigid 2P (two-in-portrait) tracker with multi-point parallel drive tracking system certified by TÜV Rheinland Group, to the US market.

Arctech has been enhancing its overseas OEM production capacity to meet the logistics cost challenges brought by the high sea freight charges. Now, the company has suppliers from 14 countries worldwide including US, India, Brazil, Saudi Arabia, Turkey, Vietnam among others.

Further announced its vertically integrated production plan in India, the company is amping up 3GW tracker products to meet the demand from global markets by building an Indian manufacturing base. It is estimated to enter operation in the first half of 2022. India is one of the biggest markets for Arctech, which is proved by Wood Mackenzie’s 2021 report. The report says the company has topped the ranking in the Asian Pacific region with a 35% market share, aided by the unparalleled leadership in the Indian solar market, where it maintained the No. 1 tracker supplier for three consecutive years. Arctech struck a deal with one leading Indian developer to supply 1.7 GW of 1P SkyLine trackers to two projects in Rajasthan. In particular, the 860MW AEML solar power plant is the largest bifacial tracker power generation project in India.

“2022 will be a year of both opportunities and challenges. We will also stay alert to the challenges and uncertainties and continuously gear up for global expansion.” Remarked Allen Cao, the General Manager of International Business at Arctech.