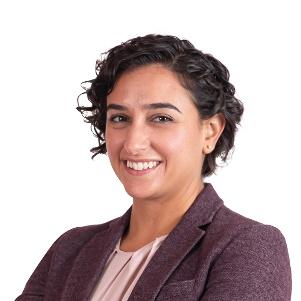 The MESIA Solar Awards, now in its tenth edition, is one of the energy industry’s longest standing and most trusted awards ceremonies in the region. It recognizes and celebrates exceptional talent and achievements in the Middle East and North Africa (MENA) solar market. The awards are open to all, and the winners are selected by nine independent renewable energy experts from around the world.

Tania Jarjur, General Counsel of Yellow Door Energy, said: “Thank you MESIA and the judges for the Solar Woman of the Year award. I am honored and humbled by the recognition. In January 2017, I joined Yellow Door Energy as its first in-house counsel, driven by a passion for a cleaner, more sustainable world. As a legal professional, I am cognizant of the challenges our industry faces to address climate change and gender diversity. I am also excited about the opportunities ahead and firmly believe that together, we can advance the sustainable energy transition.”

The judges were impressed by Jarjur’s considerable contributions to the solar industry, namely negotiations of $150 million in funding and over 100 megawatts in contracts to bring solar to businesses in the region. Additional contributions included the development of a world-class legal department and continued efforts to mentor and empower women in the workplace.

Tania Jarjur grew up in Abu Dhabi and moved to the U.S. for her higher education and start of her legal career. She is admitted to the Washington, D.C. bar and holds a Juris Doctor of Law from Lewis & Clark Law School in Portland, Oregon as well as a Business Administration degree from Duquesne University in Pittsburgh, Pennsylvania, USA.