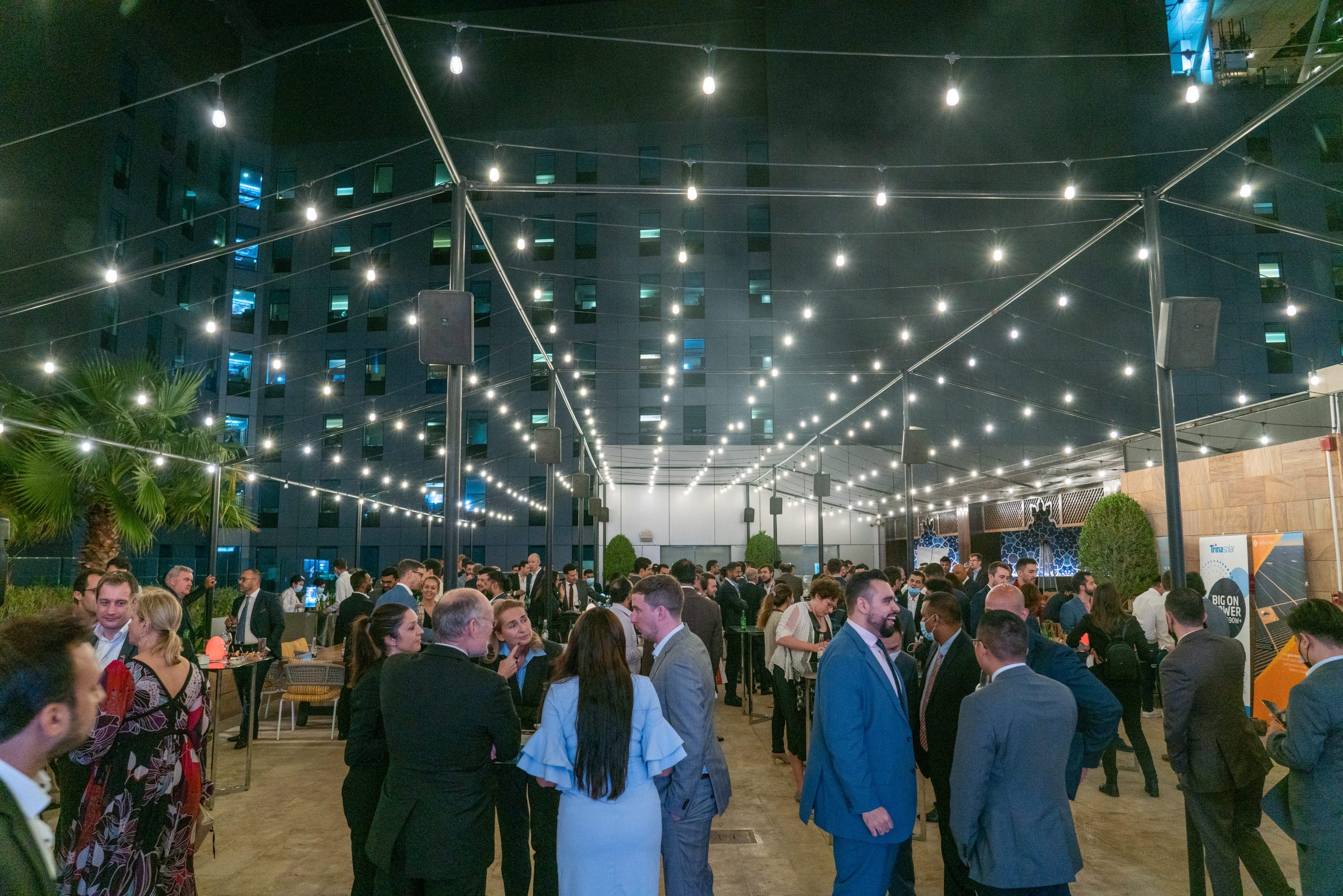 The industry’s premier 2022 Solar Awards ceremony, by the Middle East Solar Industry Association in its tenth edition, was held on the 18th January,2022.

It recognized and celebrated exceptional talent and achievements in the MENA solar market. The solar celebration was revamped this year, featuring new categories, new submissions criteria and evaluations. The event gathered over 200 attendees across the supply chain and was sponsored by Sungrow, Jinko Solar, Nextracker and Trina Solar.

Focusing on all areas of the solar industry, MESIA distinguished and awarded good practice, professionalism, quality, safety and innovation, with the aim of being a marker of the brightest and best that Middle East solar industry has to offer.

The awards selection was judged by a panel of 9 industry experts and leaders from around the MENA region and the winners of the Solar Awards were announced at the ceremony and networking event!

We were thrilled to be able to count on the unmatched expertise of independent jury members coming from the entire region. They evaluated each of the applications and selected the winner for each of the 11 categories.

Marcelo Alvarez, renewable energy consultant and president of distributed solar PV at the Argentinian Chamber of Renewable Energy (CADER); secretary of the board of directors of IRESUD; and board secretary at the Global Solar Council

Raed Bkayrat, chief energy strategist and senior advisor for several public and private entities, including the Clean Energy Business Council; Alternative Energy Projects Co., in Kuwait; and Apricum Group, in Germany; and founder of the Sunergy Advisory in the UAE

Sausan Al Riyami, senior expert for research at the Ministry of Higher Education, Research and Innovation in Oman, and renewable energy cluster leader at EJAAD

Mohammed Dabbas, Ministerial advisor for energy affairs at the Ministry of Energy in Jordan; senior advisor to the Arab Renewable Energy Commission (AREC); and executive board member of the World Renewable Energy Council (WREN/WREC), Brighton, in the U.K.

Steven Griffiths, senior vice president for research and development and professor of practice at the Khalifa University of Science and Technology

MESIA was thrilled to welcome its guest on the face-to-face Solar Awards and hoped that many enjoyed the virtual broadcast live event with the support of Middle East Solar Energy Digital Channels and Solarabic!