Join Today
Past, Present and Future Outlook on Green Hydrogen 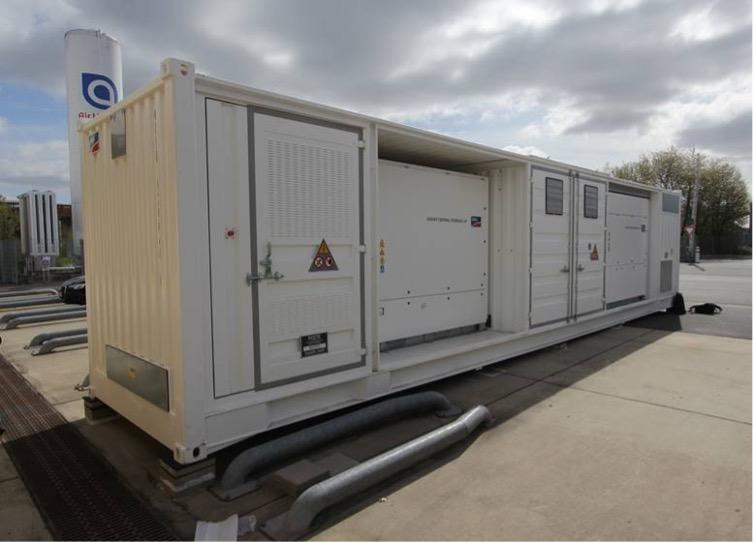 In the last quarter of 2021, the world observed a tremendous amount of green hydrogen announcements such as MOUs signed, projects planned, initiatives launched and more, almost every week in the MENA region. This ramp up is no surprise knowing that green hydrogen offers the MENA region a significant opportunity to decarbonize and maintain a leading energy export global role for decades to come. To dig deeper into the recent industry developments, MESIA had the pleasure to discuss this topic with Dr. Jens Eiko Birkholz, Head of Sales & Business Development at SMA Sunbelt Energy GmbH.

(1) How did green hydrogen evolve in the past 5 years and what is the current situation and recent developments?
Most projects in the MW range being currently implemented still have some ‘first of its kind’ character. However, there is huge momentum in terms of governmental commitment and growing global pipeline. Therefore, most industry experts expect the green hydrogen market to become a double-digit GW market in the next few years. This will help bring down the cost on the electrolyzer itself due to economies of scale.

(2) Hydrogen is already widely used in some industries but is still in the initial phases of implantation to support clean energy transitions. What are the near-term action plans needed to integrate Green Hydrogen to achieve net-zero objectives?
Hydrogen is required in many industry applications such as steel production, refineries, and ammonia production. Until now, the majority of global hydrogen production comes from steam reforming, which creates a lot of CO2. With unbroken downwards trend of electricity generation cost from renewables (to be considered as OPEX here), green hydrogen by electrolysis will be commercially viable soon. This will open up a new roadmap to reach carbon reduction targets, by impacting also other sectors such as transportation, for example.

(3) Producing green hydrogen from low-carbon energy is costly now, when do you anticipate a significant decrease in prices?
After highlighting the main drivers to bring down cost earlier, often a “magic” number of 2 $/kg H2 is cited as threshold to commercial viability. Taking into account current supply chain and logistics issues globally, (among other challenges) it is difficult to predict when this exactly may happen. But the chances are good that green hydrogen will be commercially viable (without any subsidies) well before 2030. If the global price of CO2 certificates continues to increase, green hydrogen from electrolyzers would be competitive with hydrogen from steam reforming even earlier. All major electrolyzer manufacturers are currently ramping-up their production capacity to GW scale (annual production capacity). This should significantly drive down cost in the next few years.

(4) What does the evolution of green hydrogen look like in the near future?
International roll-out of reference projects in the (double- and triple-digit) MW range will be of highest importance. Moreover, after bold announcements from the governments regarding mid-to long-term targets, there is a need to follow specific action plans and implementation roadmaps.

In the MENA region, green hydrogen offers a significant opportunity to achieve the ambitious net zero targets that have been announced by some governments in the region, such as UAE and Saudi Arabia. Most recently, the UAE’s first green hydrogen project was inaugurated at the MBR Solar Park, with pilot projects also emerging in Oman and Egypt. As highlighted by Dr. Jens Eiko Birkholz, increasing electroyzer production shall decrease costs, resulting in more hydrogen projects emerging in the near future.

SMA’s power conversion systems are used in numerous projects around the world – with superior performance and minimum grid impact in various applications from mobility to fertilizer (green ammonia) to storage applications as well as for hydrogen export or standard industrial / community use.

SMA has already sold power conversion systems for power to gas applications around 20 projects worldwide in the past two years, some of them are already in commissioning, in delivery, or in detail engineering phase. SMA is already working with Top 3 electrolyzer manufacturers and kind of achieved some standardization of the power conversion systems for their electrolyzer systems.