Join Today
French EDF Renewables and Zero Waste sign Memorandum of Understanding on green hydrogen mega-project development with the Egyptian Government represented by The Ministry of Electricity, the General Authority for Suez Canal Economic Zone (SCZONE) and the Sovereign Fund of Egypt (TSFE) 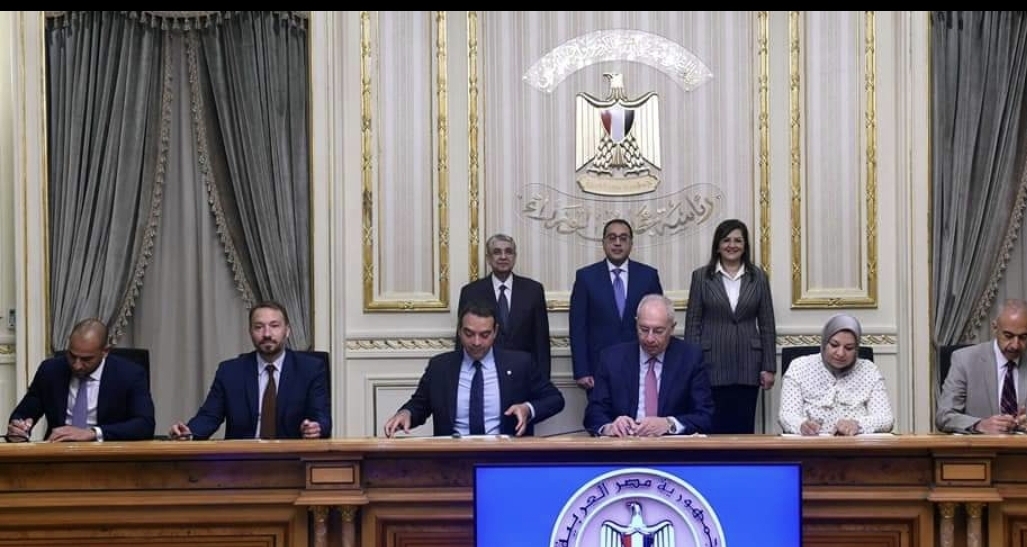 Cairo, EGYPT – 21 April 2021: The consortium “Green Fuel Alliance” led by EDF Renewables, a leading player of renewable energy, and the UAE based Zero Waste, a leading company specialized in developing projects in the Egyptian Fertilizer, Oil & Gas, Power Generation and Cement industries has signed a Memorandum of Understanding (MoU) with the Egyptian New and Renewable Energy Authority (NREA), the Egyptian Electricity Transmission Company (EETC), the General Authority for Suez Canal Economic Zone (SCZONE) and the Sovereign Fund of Egypt (TSFE) for cooperation on a joint development of a green hydrogen and green ammonia mega-project to be located at the Suez Canal Economic Zone (SCZONE).

The MoU will elevate the strategic partnership between the two entities and will accelerate the timeline of the maritime industry, to reach net-zero emissions by securing carbon-free fuel for ships, vessels and tankers crossing one of the most important and strategic global waterways “the Suez Canal”. This collaboration is part of the Ministry of Electricity, the SCZONE and TSFE’s commitment towards diversifying Egypt’s energy mix, with emphasis on increasing the reliance on renewable energy, green hydrogen, and downstream green ammonia production.

Eng. Yehia Zaki, Chairman of the General Authority for Suez Canal Economic Zone commented: “The SCZONE welcomes the opportunity of partnering with the distinguished public and private entities joining forces for the development of this mega-project, and we look forward to witnessing its execution over the coming months as a first step towards the adoption of the green ammonia technology and creation of a green fuels’ industrial hub in the SCZONE. We are ready to provide all the support needed to expedite the project’s implementation”.

Ayman Soliman, Chief Executive Officer of The Sovereign Fund of Egypt said: “We are glad to witness the development of another mega-project in green hydrogen field under the umbrella of the collaboration between Ministry of Electricity, the SCZONE and TSFE that aims at developing green energy flagship projects. Once again, we are delivering on our promise to partner with the best from the private sector. Our partners on this project, EDF Renewables and Zero Waste are renowned players in the low-carbon energy generation field who will bring their knowledge and expertise to realize our shared vision for a decarbonized future energy system. TSFE focuses on capitalizing on Egypt’s ideal location with its unique renewables profile and proximity to markets with renewables deficits to deliver on its mandate of attracting private investment into Egypt and maximizing the use and value of state’s resources. Such projects well demonstrate Egypt’s proactiveness in taking concrete steps towards the global trends in energy transition, setting an example at COP 27 that will be hosted by Egypt in November 2022”.

Frederic Belloy, Executive Vice-President, International Operation of EDF Renewables said: “Developing a mega-project for green hydrogen and ammonia production in Egypt, will be a key milestone for the region. Moreover, it will create local job opportunities in the country and will support the decarbonization process of some of the most intensive carbon producing industries, which are transportation and mobility and are our primary commitment for energy transition. This project is in line with EDF CAP 2030’s ambition to double its net renewable capacity from 28 GW to 60 GW between 2015 and 2030. As an extension, the project will also contribute to EDF’s recent Hydrogen plan which objective is to develop 3 GW electrolysis capacity by 2030.”

Amr Elsawaf, Chairman of Zero Waste said: “The strong, visionary leadership in Egypt has once again shown its commitment to provide a sustainable and better future for its people and the world. By offering zero-carbon fuel to the maritime industry crossing the Suez Canal by 2026, Egypt will continue to be a leader in the fight against climate change. For decades, as a family we have been involved in the development of strategically important projects in Egypt and are very much looking forward to continuing with the tradition, by developing the full value chain for this important green hydrogen and green ammonia fuel bunkering project in Egypt powered 100% from renewable sources, with a capacity of 350,000 tons of green ammonia per year.”