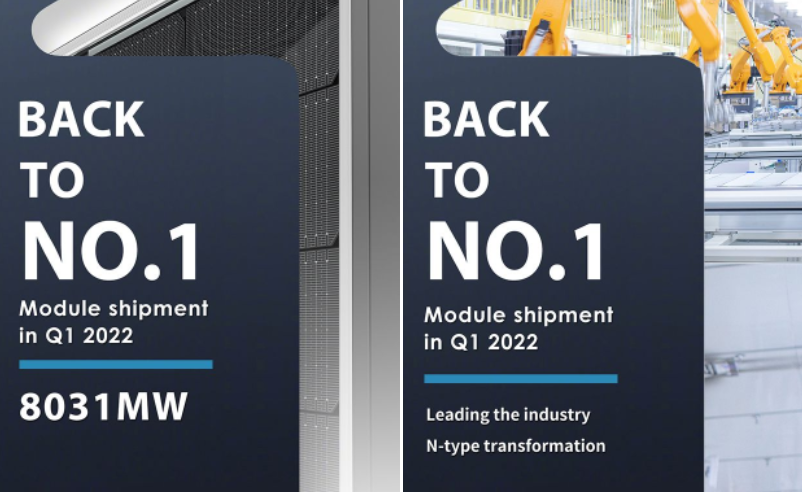 JinkoSolar has released its Q1 2022 financial results, confirming over 8.39GW of global shipments – a new quarterly high, achieved despite a backdrop of a challenging socio-economic landscape. Operating revenue in the quarter was 14.681 billion yuan, a year-on-year increase of 86.42%, with net profit attributable to the parent company 0.401 billion yuan, a year-on-year increase of 66.39%.

Net profit, excluding non-recurring gains and losses (referred to as non-net profit deduction), was 0.3 billion yuan, a year-on-year increase of 287.78%.

The company’s total shipments were 8,390MW, of which module shipments represented 8,031MW, with silicon wafer and cell shipments accounting for the remaining 359MW. The Q1 report highlighted that, by the end of the quarter, the company’s monocrystalline wafer, cell and module production capacity had reached 40GW, 40GW and 50GW respectively.

These figures are particularly impressive when compared to those for Q1 2021, during which period JinkoSolar delivered 5.35GW in global shipments – a year on year increase of 56.7%.

The company is well-positioned to grow significantly over the coming quarters as it ramps up production of its new Tiger Neo flagship product.