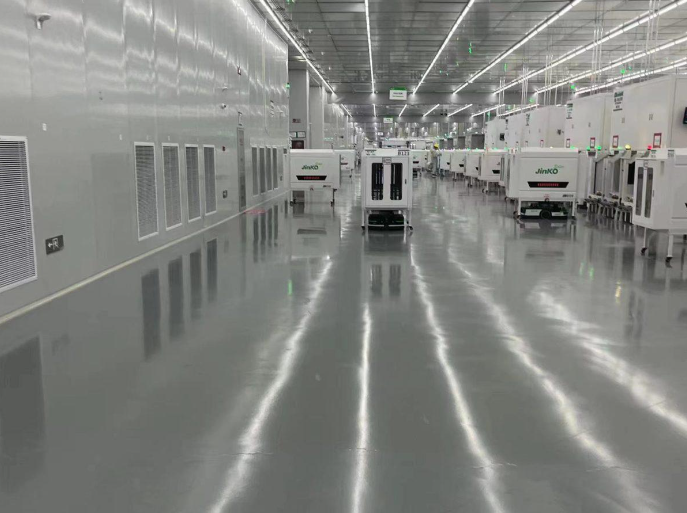 JinkoSolar has kicked off the construction of its latest n-type solar cell and module production plant in Jianshan, Haining city. On Tuesday the firm held a traditional ground-breaking ceremony at the factory location, in Jianshan Industry Park. On this site, JinkoSolar will produce 11GW of n-type cell with average efficiency of 25%, which could be the world’s first 10GW-scale factory to mass produce solar cell of above 25% efficiency. This is also one of the most advanced smart factory, with the hardware, software, big data, and IT infrastructure needed to maintain high digitalized level of operation and management.

Once it is up and running, the Jianshan Phase II plant will have a production capacity of around 11GW of solar cell and 15GW of modules – This will help the company to meet the strong and ever-growing demand of its n-type Tiger Neo panels. This capacity will come online in Q4 2022.

Moving to a more advanced n-type Topcon technology results in improved performance and power density, enabling more installed capacity and higher production in given space as well as longer life and lower LCOE. According to JinkoSolar, Tiger Neo panels that adopt the Topcon technology can increase the annual yield by 3% to 6% compared to PERC panels, while reducing LCOE by 3.8% to 7.4%.

In fact, following JinkoSolar, other Tier 1 players like Trina and JA Solar are also moving to Topcon, an enhanced version of PERC, reaching volume production in the second half of 2022. Dany Qian, VP of JinkoSolar said “N-type Topcon process would further expand its economic advantage and market penetration with enhanced performance, power, and yield.”