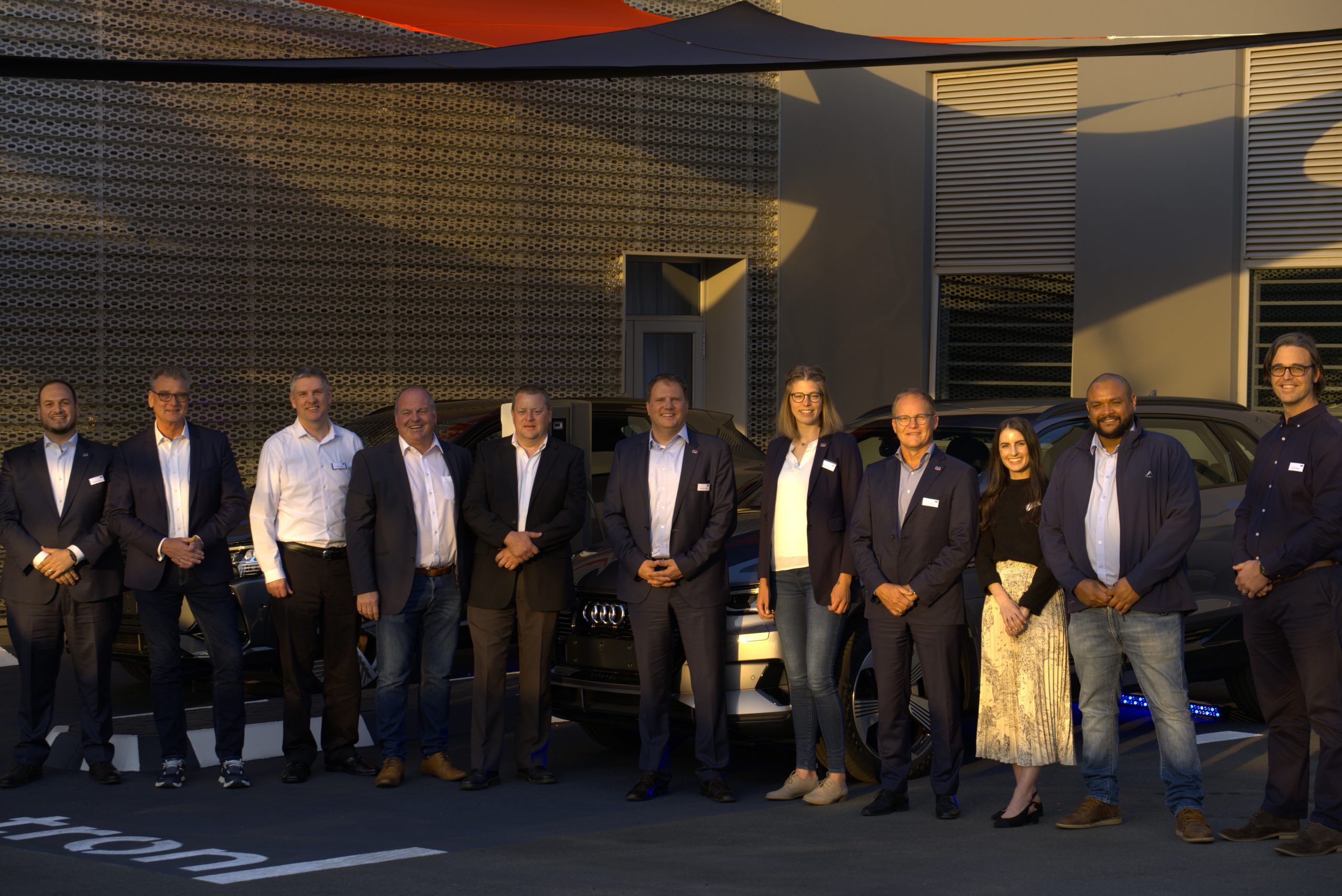 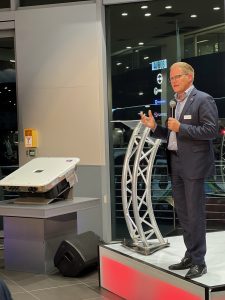 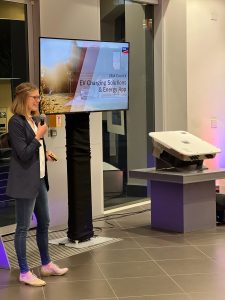 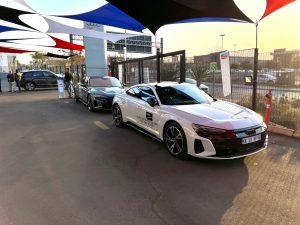 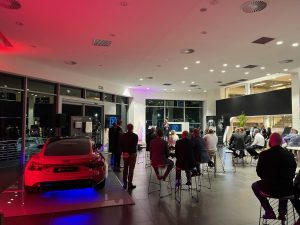 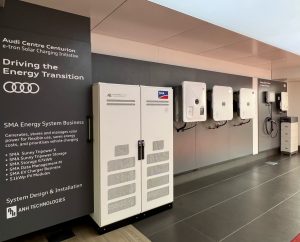 The latter enables the dedicated staff at Audi Centre Centurion to explain and showcase the use of solar power to charge electric Audi’s at home and includes an intelligent 3-phase SMA EV Charger Home, a Sunny Tripower Smart Energy hybrid inverter and connected battery as well as the SMA Home Manager. The system’s energy flow is displayed in the SMA Energy App and charging with the maximum available solar power can be set-up intuitively. PV drives EV &amp; EV drives PV.

Showcasing the successful sustainable solution and to simultaneously commemorate the 10 Year Anniversary of SMA Solar Technology South Africa an exclusive invite only event was held on August 22 with SMA partners from the African continent. Special thanks to Juergen Reinert, CEO of the SMA Group, Sascha Sauer, Head of Audi SA, and Preeban Munian, Commercial Director Bidvest Automotive, for attending the event and supporting the initiative. 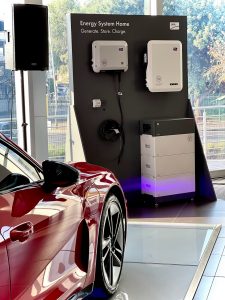 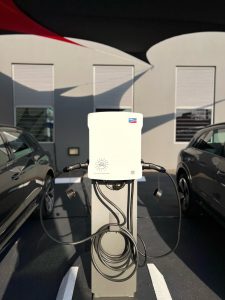 About SMA
As a leading global specialist in photovoltaic and storage system technology, the SMA Group is setting the standards today for the decentralized and renewable energy supply of tomorrow. SMA’s portfolio contains a wide range of efficient PV and battery inverters, holistic system solutions for PV and battery-storage systems of all power classes, intelligent energy management systems and charging solutions for electric vehicles and power-to-gas applications. Digital energy services as well as extensive services up to and including operation and maintenance services for PV power plants round off SMA’s range. SMA inverters with a total output of around 110 gigawatts have been installed in more than 190 countries worldwide. SMA’s multi-award-winning technology is protected by around 1,700 patents and utility models. Since 2008, the Group’s parent company, SMA Solar Technology AG, has been listed on the Prime Standard of the Frankfurt Stock Exchange (S92) and is listed in the TecDAX index.