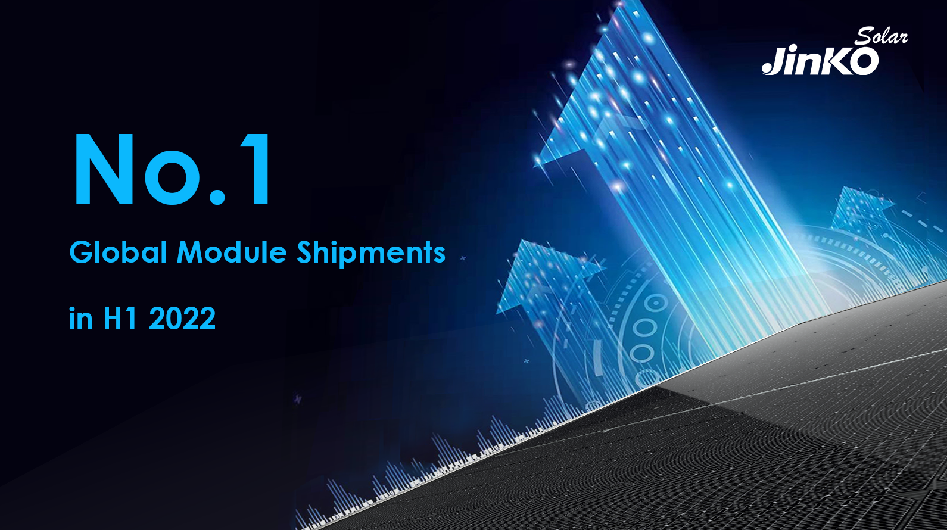 JinkoSolar, one of the most famous and innovative solar technology companies in the world, delivered 18.21GW solar panels globally in the first half of 2022, representing an increase of 79% year-over-year, according to the company’s report released on August 26, helps it secure its leading position in the global solar PV market.

The company previously revealed in its investor conference call that its sales target of solar modules in 2022 may be between 35GW and 40GW, including 10GW N-Type Tiger Neo model. The latest report showed that Jinkosolar’s sales target was completed by almost half, indicating that it will strive for a higher sales volume based on an improved supply chain in the remaining months of the year.

Compared with other competitors, which currently relies on its P-type capacity, Jinkosolar’s N-type new factories were put into production one after another in the first half of this year. The factories have so far been able to hit a production capacity volume exceeding 16GW in June. And although capacity was expanded, the number of undelivered Tiger Neo orders continued to increase month by month. On February 21, the first N-Topcon module from Chuzhou Production Base rolled off the production line, and the model produced by the base is the best-selling Tiger Neo, which will further support’s N-type production capacity increase in the second half of the year