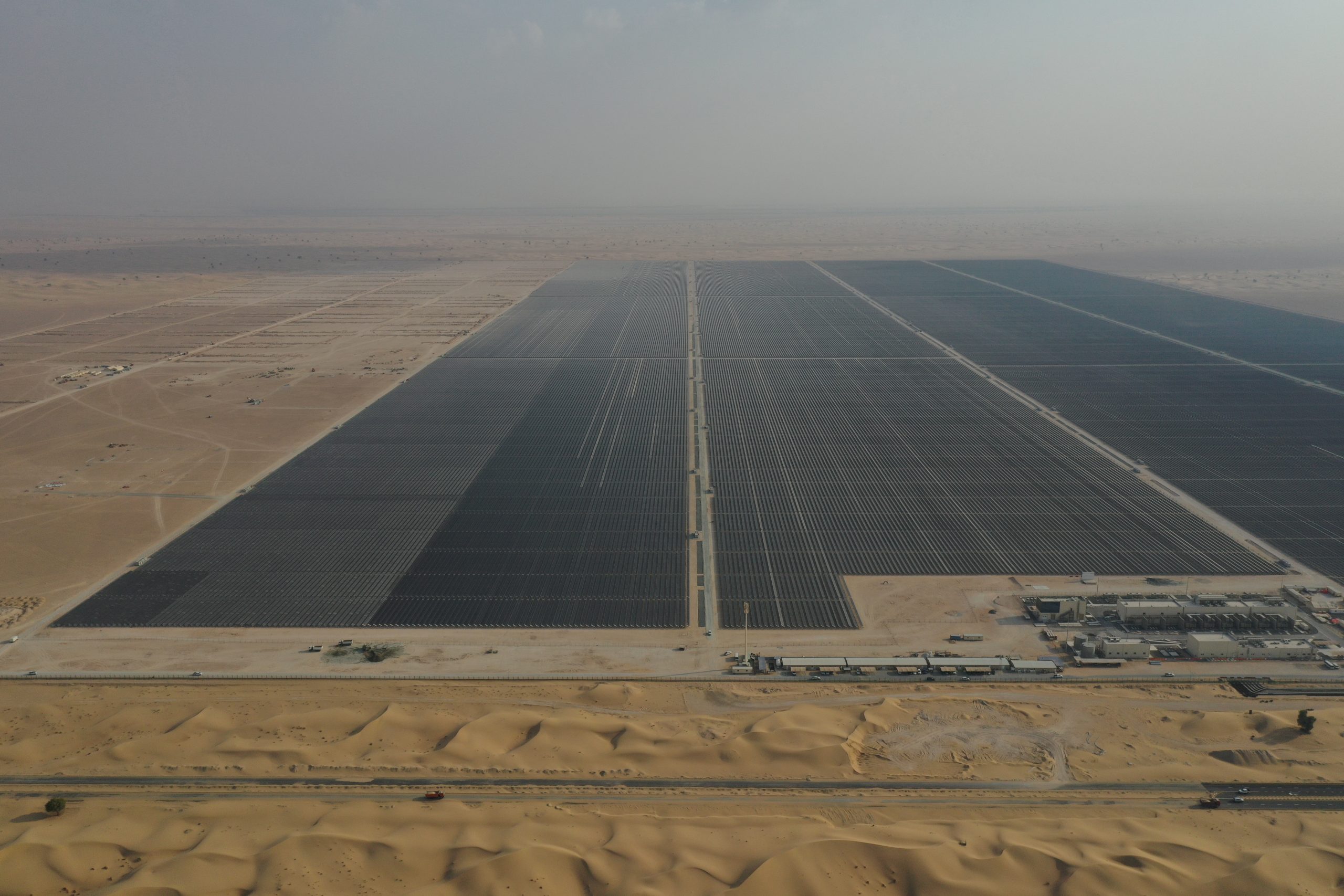 The installed capacity of the DEWA phase V project is approximately 1000MW and divided into three phases (A/B/C and each 356MW). Shanghai Electric was appointed as the EPC Contractor in July 2020 and soon entered into the Module Supply Agreement with Jinko Solar for the supply of 1GW solar modules. The first phase of DEWA Phase V was delivered and commissioned in July 2021 and currently the phase A is under excellent operation condition.

The DEWA Phase V project is being developed by consortium of ACWA Power and Gulf Investment Corporation through a 25 year PPA based on BOO mode. Dubai Electricity and Water Authority (DEWA) is the off-taker while the Project Company is Shuaa Energy 3 (SE3).