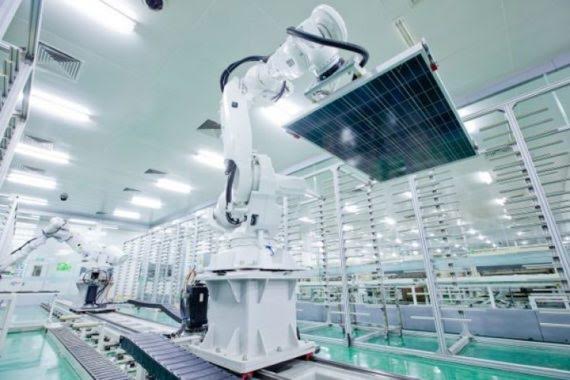 JinkoSolar recently announced its third-quarter shipment and production figures, which will show a recovery from the previous quarter’s slight slowdown, when Tiger Neo production was affected by COVID 19 control measures, together with a sharp increase in profitability for the quarter.

According to VP Dany Qian, the company has significantly increased Tiger Neo production during Q3 and will build on that growth in 2023 as new factories in Anhui and Zhejiang ramp up output.

Despite lingering supply chain issues and the rising cost of polysilicon, order backlogs for the module  increased substantially, showing 100% growth in shipments compared to Q2.

Qian said her baseline forecast would indicate that n-type Tiger Neo would be responsible for over 50% of total sales in 2023, adding: “The industry is still struggling with supply chain issues, but n-type  demand remains buoyant, with global clients replacing PERC systems with n-type in their pipeline projects for next year.”

In addition to Tiger Neo’s 25% cell efficiency in mass production, Jinko has also made its flagship product much more cost effective to deliver and install. “This has obviously taken a while to scale up because we needed to be confident that the module’s longevity would exceed its 30 year warranty with minimal degradation,” Qian explained.

The MESIA Alliance is composed of the Middle East Solar Industry Association, Pure Energy and Jinko Solar. The Alliance was formed to join the GSC, Global Solar Council, as a supporter of the Wind and Solar Pavilion at COP 27. MESIA is the only non-for profit solar association bringing together the whole solar sector across the entire Middle East and North Africa (MENA) region. Pure Energy is a certified solar PV integrator and executing projects by applying PMI guidelines as well as Quality, Environment, Health & Safety Management Systems by IAS standards. Pure Energy is open to do contract with authorities, financiers, developers, other EPC System integrators, commercial & industrial factories, and homeowners. JinkoSolar (NYSE: JKS) is a global leader in the solar industry. The company distributes its solar products and sells its solutions and services to a diversified international utility, commercial and residential customer base in more than 80 countries worldwide