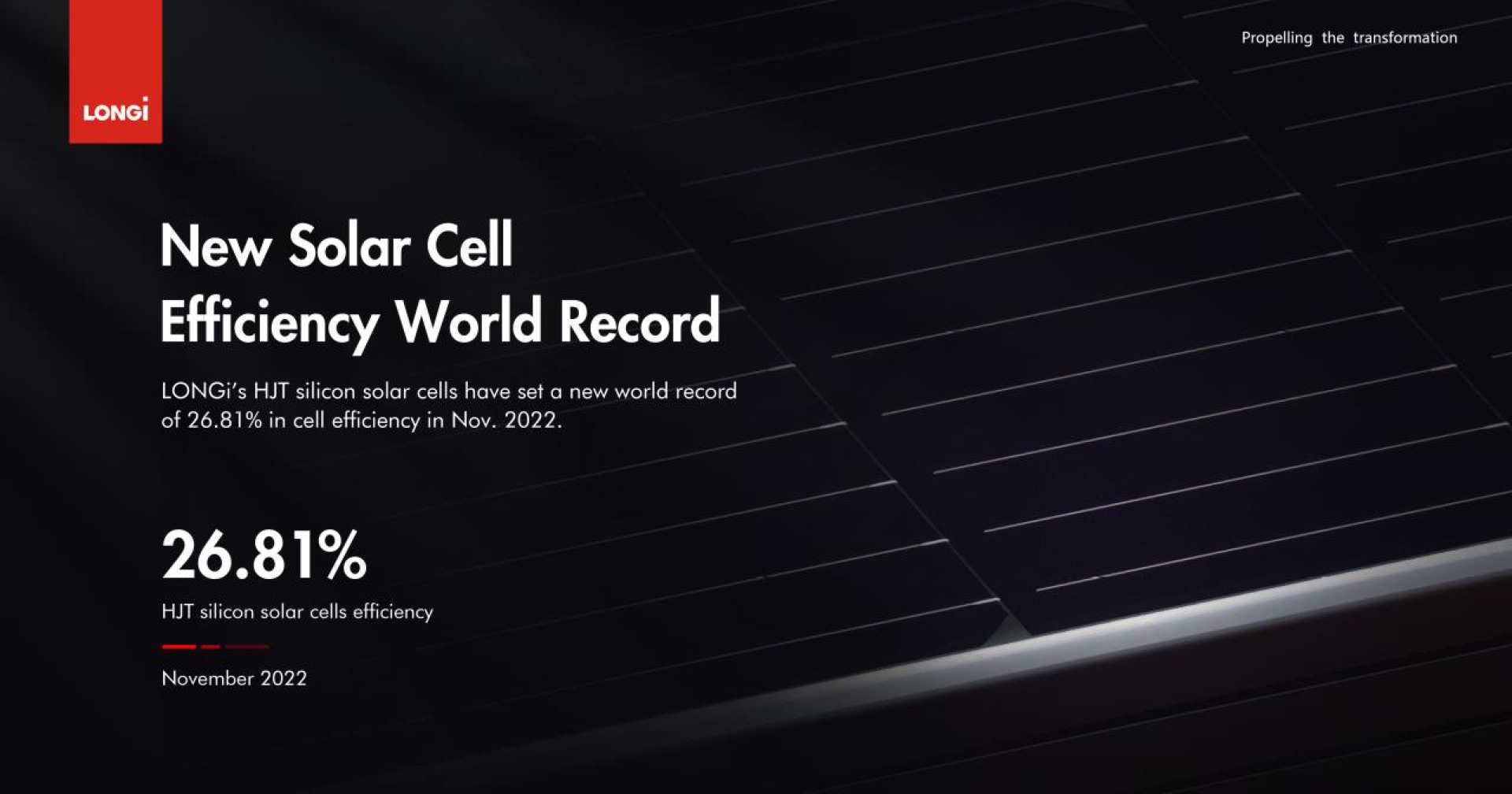 On November 19, 2022, China’s solar giant LONGi Green Energy Technology Co., Ltd. (LONGi) announces in Xi’an, Shaanxi, that the company has achieved a new breakthrough efficiency of its silicon solar cells. According to the latest certification report of Institut für Solarenergieforschung in Hameln (ISFH), the company has set a new world record efficiency at 26.81% for its HJT silicon solar cells on full-size silicon wafers through mass production. 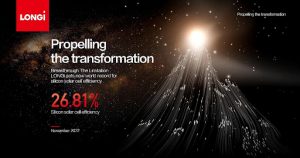 At the ceremony, Professor Martin Green of the University of New South Wales in Australia, known as the ‘Father of photovoltaics’, announced via video that 26.81% is currently the world’s highest silicon solar cells efficiency record to date. “This outstanding achievement will be included in the next version of efficiency tables that published in the progress in photovoltaics.” He said, via the video. As far as we know, this is the latest world record since a Japanese company set its efficiency at 26.7% in 2017. This is the first time in the history of the photovoltaic industry that a Chinese solar technology company has set the world record for silicon solar cell efficiency.

Dr Xu Xixiang, Vice President of LONGi Central R&D Institute, said that breaking the world record was a milestone in the history of China’s photovoltaic industry, which not only fully demonstrated the scientific and technological strength of China’s photovoltaic enterprises in silicon solar cell manufacturing, but also strongly boosted China’s confidence and determination to become a major player in the world in more scientific and technological fields.

Since June 2021, LONGi’s R&D team has continuously broken the world record of HJT solar cell conversion efficiency, increasing it from 25.26% to 26.81%, realizing the miracle of a 1.55% increase in one year and four months. In particular, in just over a month, LONGi broke a new world record for silicon solar cell conversion efficiency with 26.74%, 26.78% and 26.81% respectively, which further affirmed LONGi’s determination to continuously focus on R&D investment and promote industrial progress. This mature technology and the world record of large-size silicon wafers are also very rare in the entire history of photovoltaic technology. 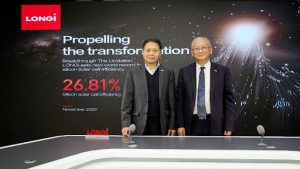 Founded in 2000, LONGi is committed to being the world’s leading solar technology company, focusing on customer-driven value creation for full scenario energy transformation.