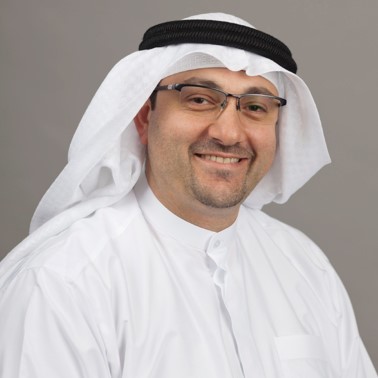 A company veteran, he has played an instrumental role in the company’s emergence over the last decade, both as a catalyst for renewable energy in the Arab world and as an early adopter of advanced clean technologies at scale in key international markets.

In February 2016, Mr Al Ramahi succeeded Dr Ahmad Belhoul as CEO. His appointment coincided with Masdar’s 10th anniversary and further expansion of the firm’s commercial portfolio, including the ramping up of construction at the flagship sustainable urban community Masdar City in Abu Dhabi, and the award of a number of large-scale renewable energy projects.

Under Mr Al Ramahi’s leadership, a Masdar-led consortium was chosen to develop the 800-megawatt (MW) third phase of the Mohammed Bin Rashid Al Maktoum Solar Park in Dubai in partnership with Dubai Electricity and Water Authority (DEWA), after quoting a record-low price for solar power of 2.99 US cents per kilowatt-hour.

The photovoltaic (PV) project will be the largest solar power plant in terms of electricity output when completed in 2020. Mr Al Ramahi is a member of the Masdar Investment Committee and serves on the board of a number of prominent corporations, joint ventures and special entities, including Shuaa Energy 2 PSC, the company developing the DEWA 800MW project, and the UAE-based district cooling firm Tabreed. Before joining Masdar, Mr Al Ramahi ran the internal audit and risks management function of Abu Dhabi Gas industries Limited (GASCO). He holds a bachelor’s degree in business administration & finance from the University of Evansville in the United States.