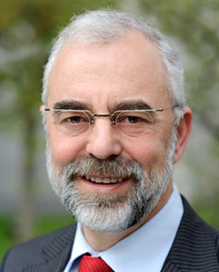 Country:
Germany / UAE
Paul van Son joined RWE AG in 2015 as its Chairman for MENA and Turkey from its basis in Dubai, UAE.
Paul has been active for over 35 years in various supervisory board, executive and operations management positions in the international (renewable) electricity and gas business.
His leadership experience includes a series of predominantly pioneering positions, such as: control system development at Siemens AG (Germany), system operator of the unbundled Dutch national power system at SEP/TenneT and power system control center consultancy at DNV/KEMA. From 1998 onward he was Managing Director of Essent Sustainable Energy (Nl), CEO of Essent Energy Trading, and Chairman of the Management Board of Deutsche Essent GmbH in Düsseldorf, building up these key activities of Essent N.V. (the largest Dutch energy company).
In 2009 Mr. van Son was appointed CEO of Dii GmbH (Munich), an international industry consortium for facilitating a market for renewable energy in the deserts of MENA. Presently, besides his role as RWE Country Chairman for MENA &Turkey, he is co-leading the transition of Dii into a regional industry network ‘Supporters of Desert Energy’, in Dubai, focusing on financial, technical and regulatory hurdles for renewable energy projects and grid integration.
Mr. van Son is the founder and honorary President of the European Federation of Energy Traders (www.efet.org). He is Chairman of the Energy4All Foundation (www.energy4all.org ), a non-profit organization promoting decentralized energy systems in Africa.  He graduated as an electrical engineer at the Technical University Delft and post doctorate corporate governance at Nyenrode University, Netherlands.